Japan is full of impeccably well-dressed pets, offering a broad range of pet clothes and costumes for both dogs and cats. Innovative capsule toy maker Kitan Club, the quirky geniuses behind such hits as Cup no Fuchiko and Putitto, have perfected the art of simple kitty transformations with their Neko no Kaburimono series.

Did you know? You may have noticed that the cat hats are modeled by the same set of seriously charismatic kitties. It’s no surprise these feline fashion plates are used to the spotlight – they all work at the Nekoya Cat Cafe in Kawagoe, Saitama.

Find the full list of Kitan Club cat hats released to date below! Which adorable collection is your fave? 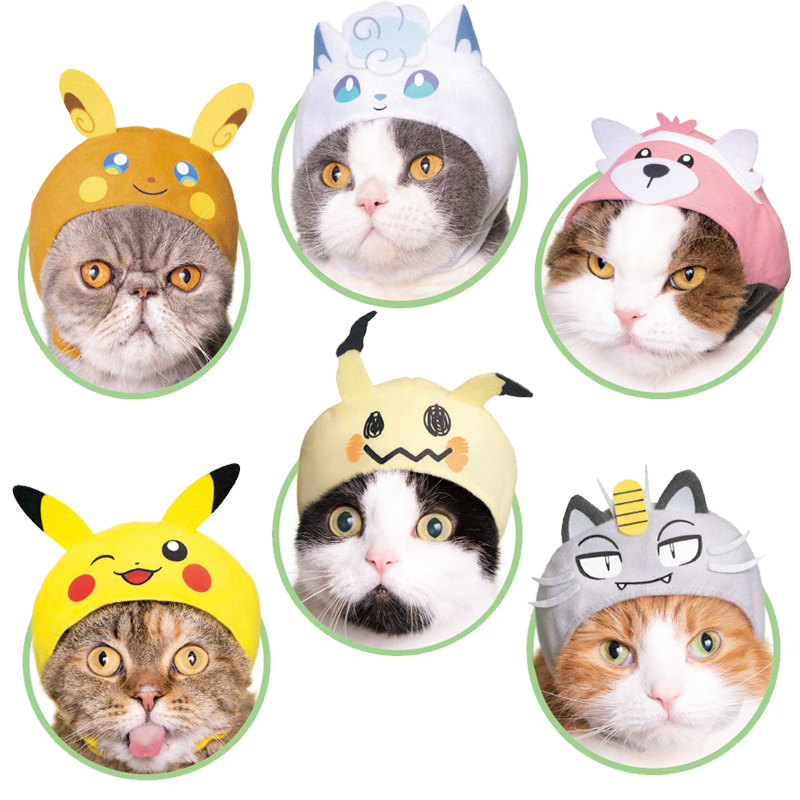 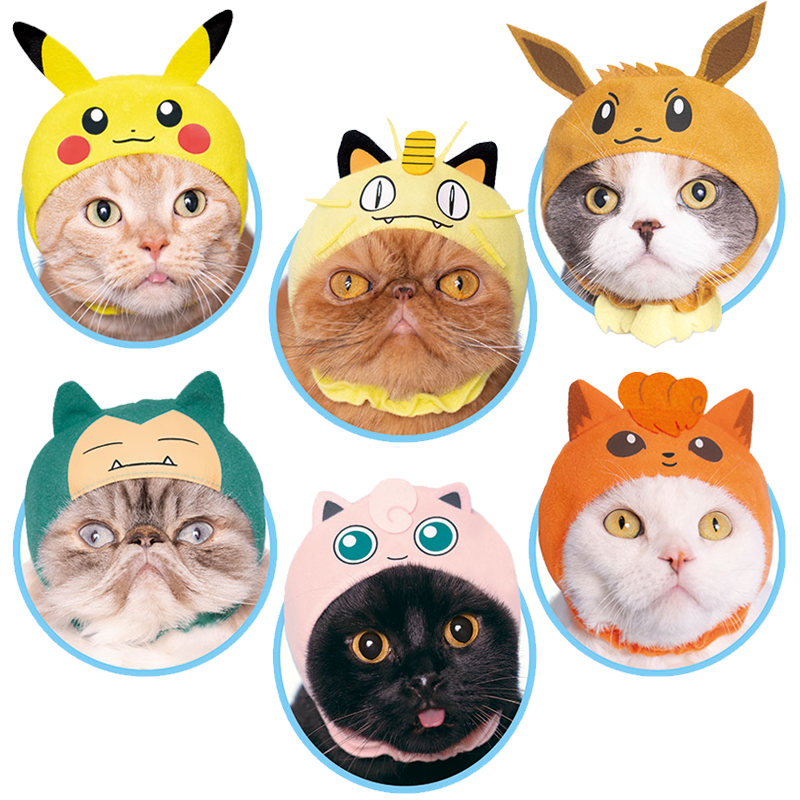 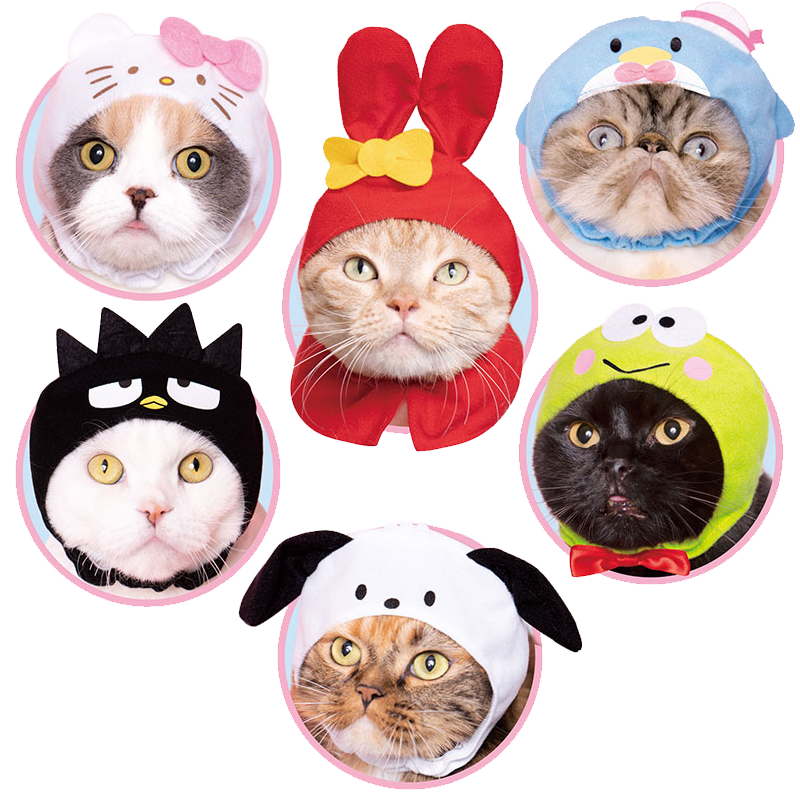 Did Kitan Club leave out your favorite character in their last collection of Sanrio cat hats? Fear not as in the second installment of Kitan Club’s collaboration brings five new Sanrio favorites in cat-hat form! Choose from My Melody, Hello Kitty, Batdz-Maru, Pochacco, Kero Kero Keroppi, and Tuxedo Sam designs. 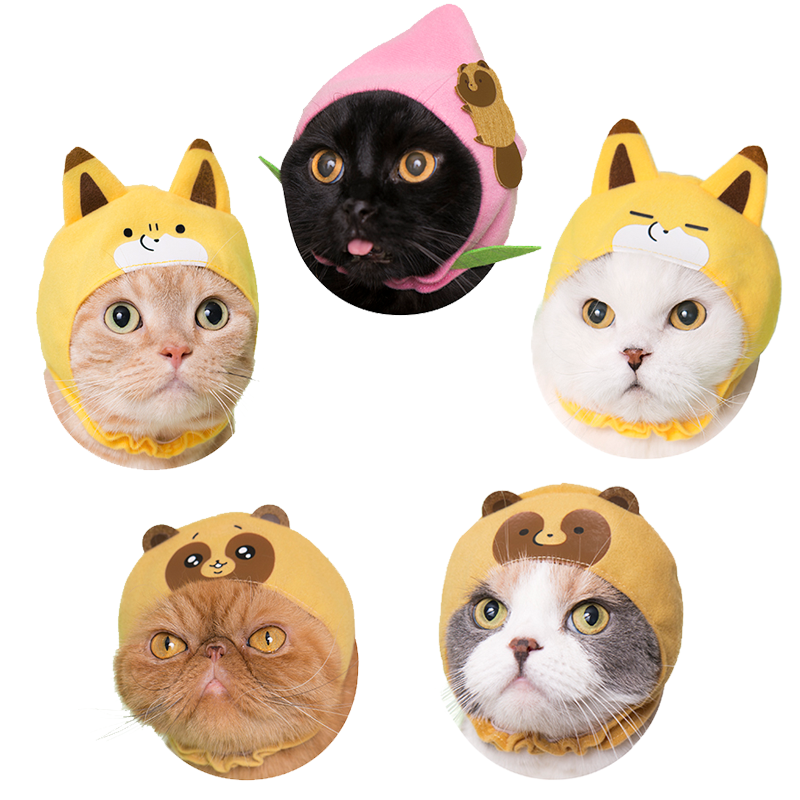 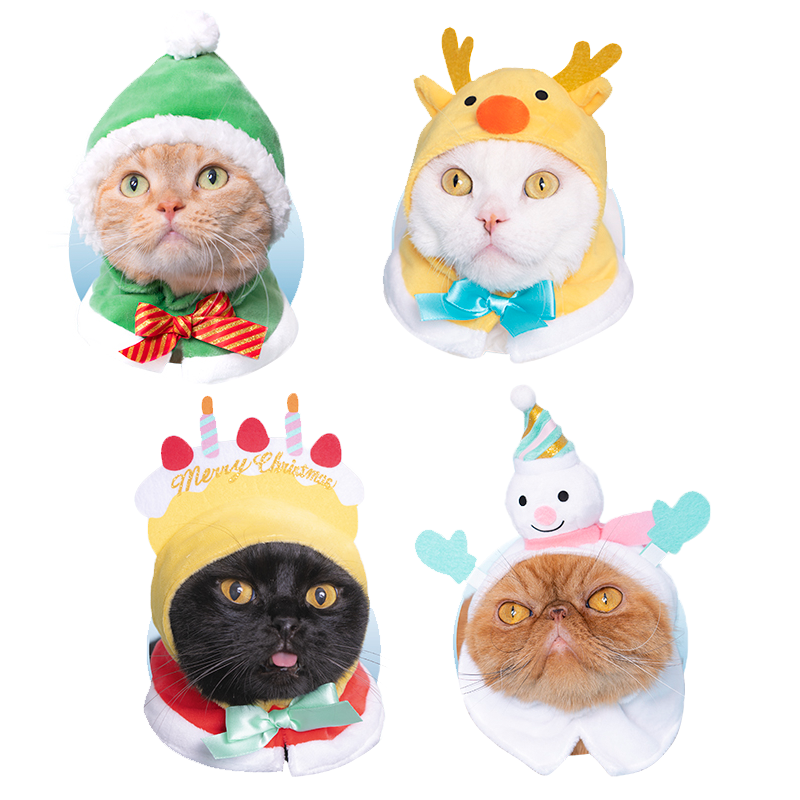 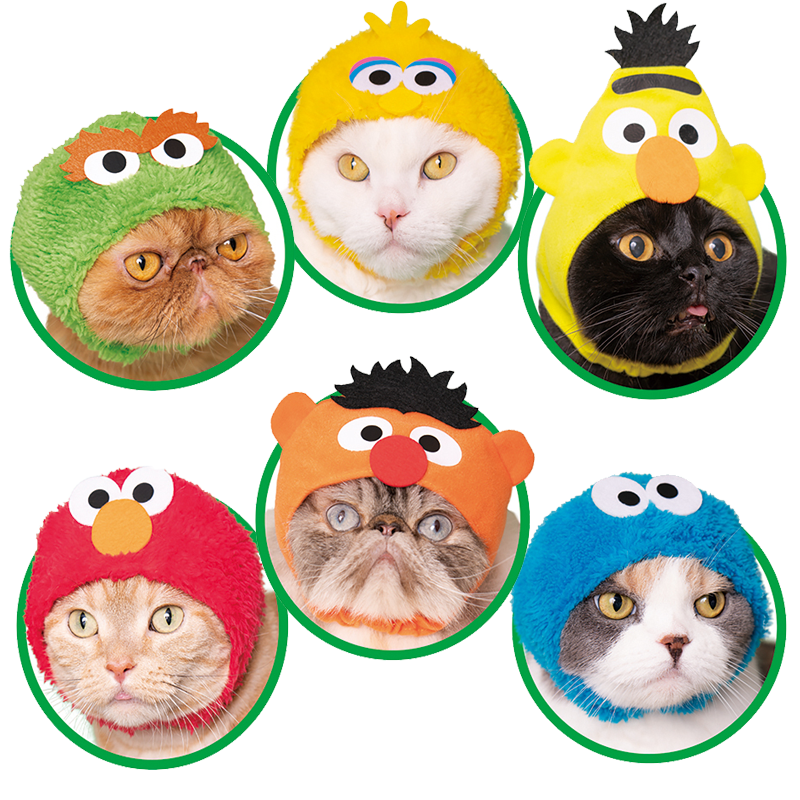 Feeling nostalgic for your childhood days? Kitan Club has you covered with this adorable collaboration with Sesame Street! Get your kitty Sesame Street-ready with Elmo, Cookie Monster, Big Bird, Ernie, Bert, and Oscar hats. 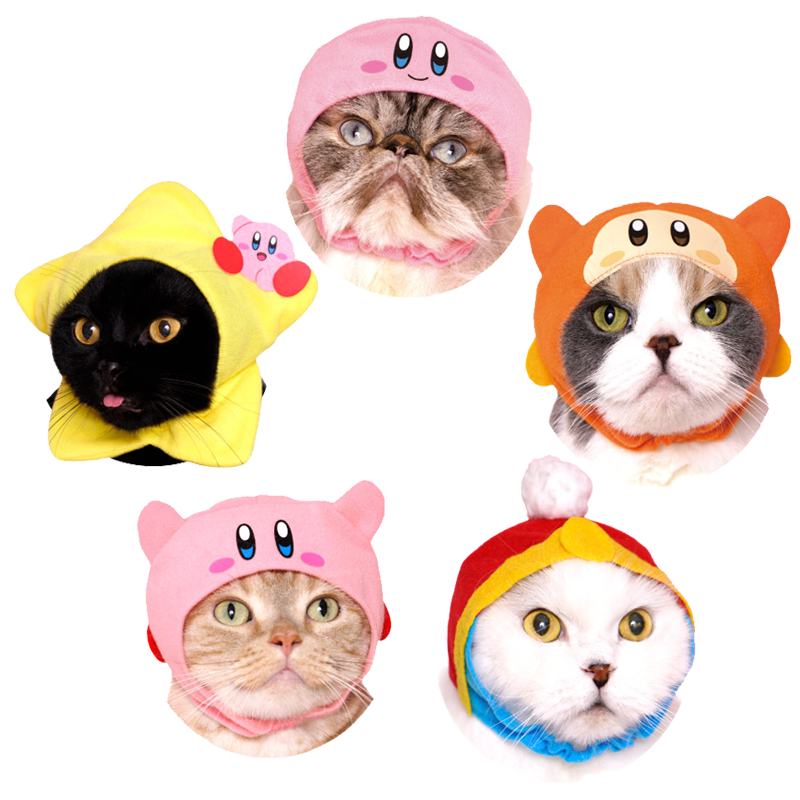 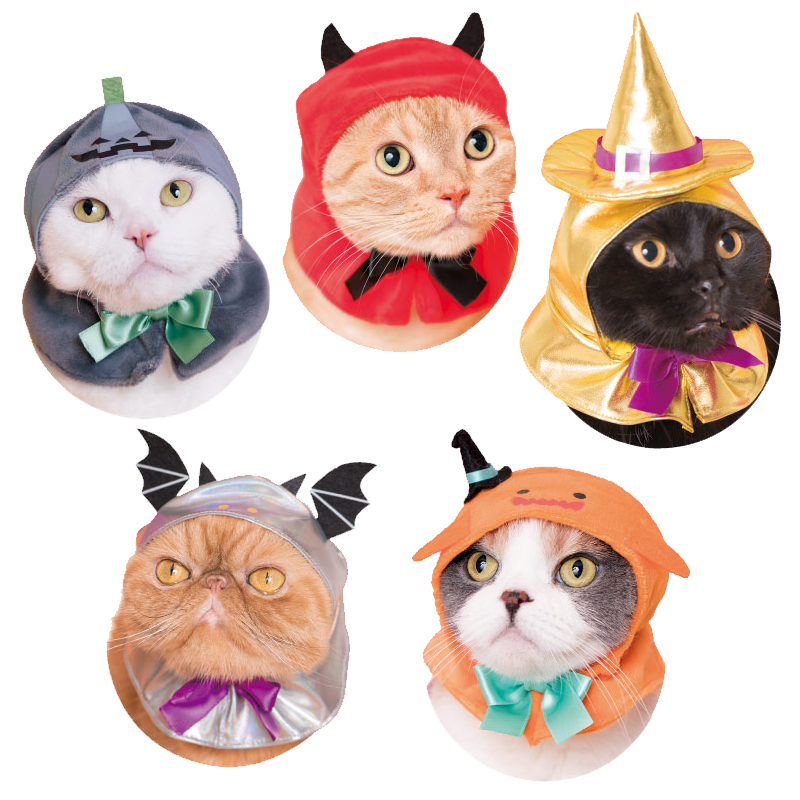 Kitan Club released a Halloween collection in 2018, with five new designs. As with 2017 equally adorable collection, you can choose from bat, ghost, jack-o’-lantern, witch and devil designs all party colors. 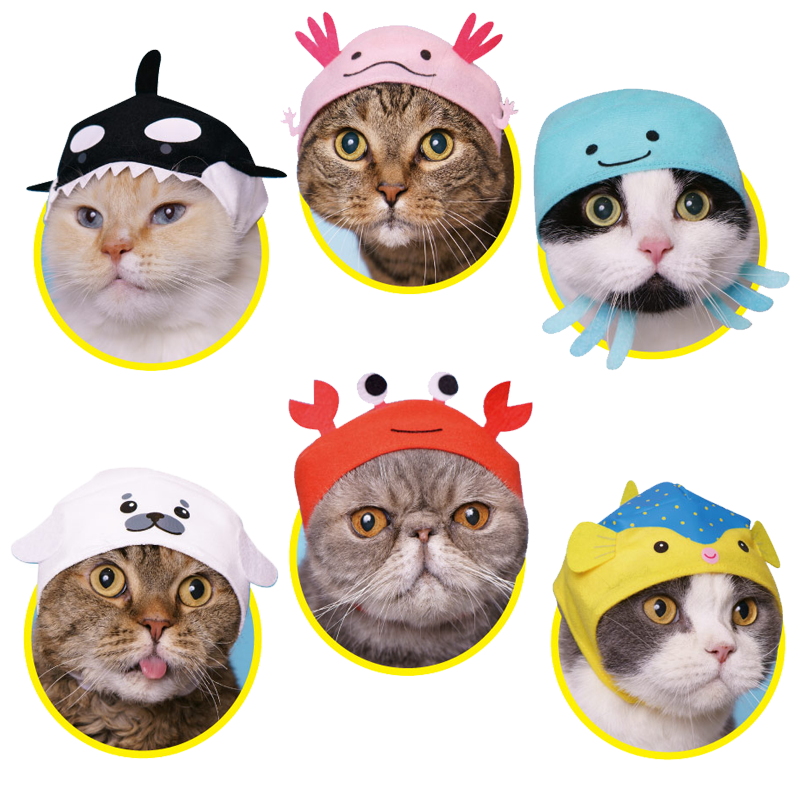 The second installment of the adorable aquarium collection. This time you can dress your kitty up as a crab, axolotl, jellyfish, seal, orca or a boxfish! 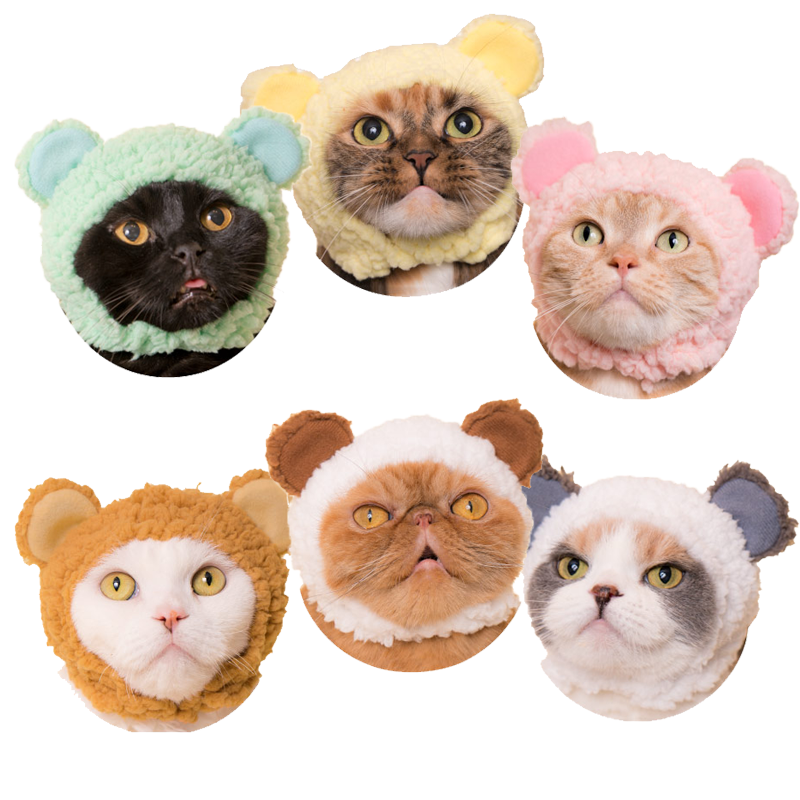 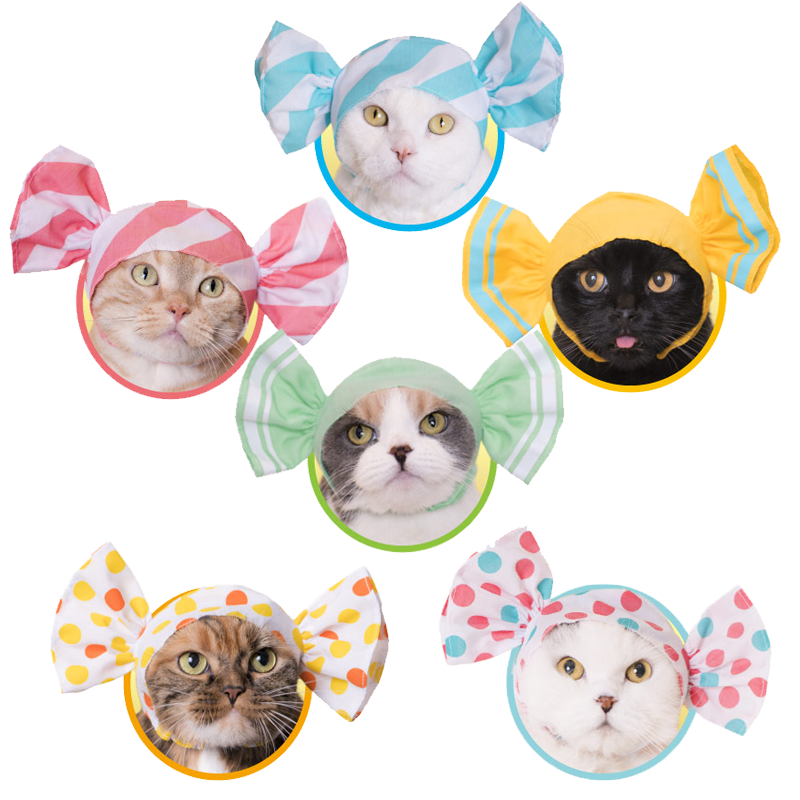 Just when you thought your kitty couldn’t be any sweeter! These candy-shaped hats are available in six varieties: strawberry, soda, orange, mixed, mint and, honey lemon. 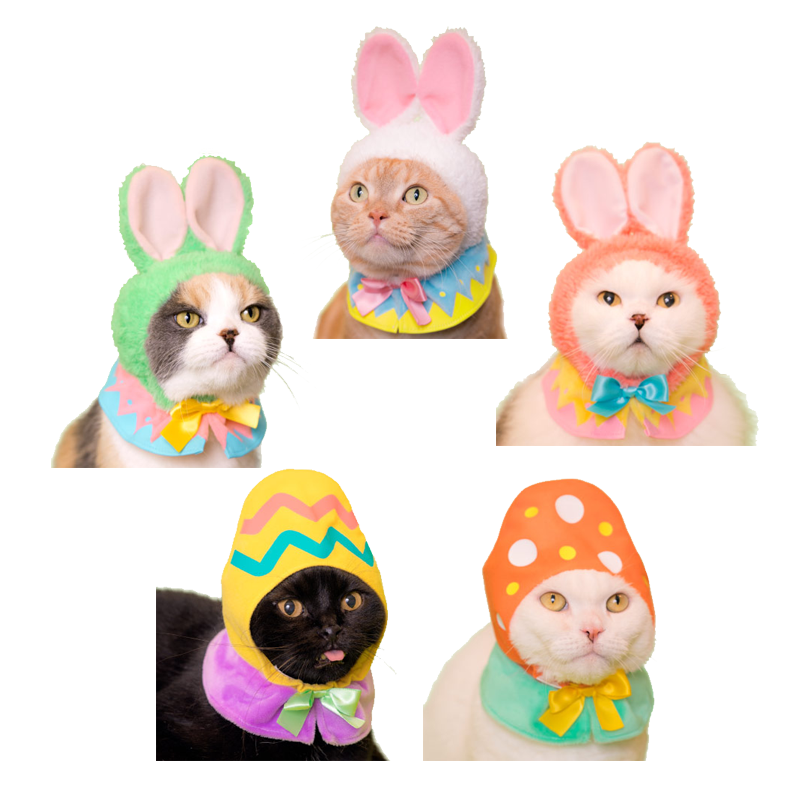 Get your kitty ready for Easter celebrations with this egg-cellent collection. The hats are available in three bunny designs (white, green and pink) and two egg designs (orange and yellow).

Dress your cat up as an iconic Sanrio favorite with the Sanrio Character collection. Available in six designs: Hello Kitty, My Melody, Cinnamoroll, Pompompurin, Kuromi, Kirimi-chan.

Your kitty will be trick-or-treat ready with these spooky-sweet Halloween costumes. Available in four designs: Bat, Ghost, Jack-o’-lantern, Witch.

The second collection of bunny-themed cat hats gets a makeover with dessert-inspired colors. Available in five colorways: Mint, Strawberry, Lemon, Orange, and Chocolate.

One of your 5 a day? Turn your kitty into a fresh and fruity treat. Available in six designs: Strawberry, Watermelon, Apple, Orange, Banana, Melon

Just can’t get enough of adorable pet clothes and costumes? More of a dog person? In addition to all of Kitan Club’s offerings, you can also find cat clothes, cat costumes, dog clothes, dog costumes and many more amazing and unique Japanese pet items on FROM JAPAN!