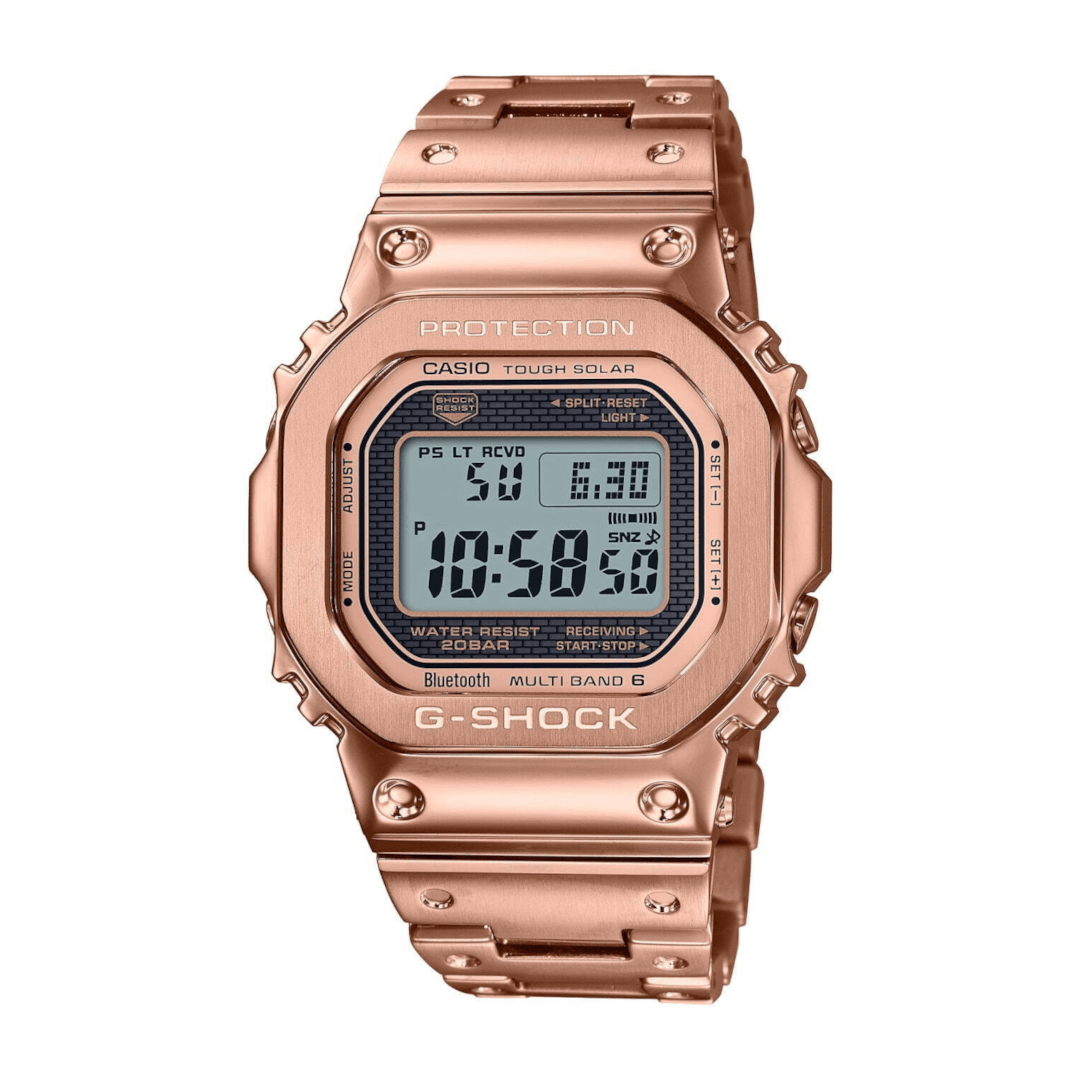 It has been announced that G-SHOCK’s new MW-B5000GD model Rose Gold Full Metal wristwatch will be released in March 2021! This new model has been crafted in a gorgeous rose gold color, adding a hint of color to the wrist of whoever wears it. The model can receive standard radio waves from as many as 6 stations from around the world. These include one from China, the United States, the United Kingdom, Germany, and 2 stations from Japan. The time can also be adjusted automatically. In addition, the item includes many other useful features such as the solar charging system known as “tough solar.” The “GMW-B5000GD” model is also equipped with a Bluetooth function so it may be used with a smartphone. Search for yours with FROM JAPAN!