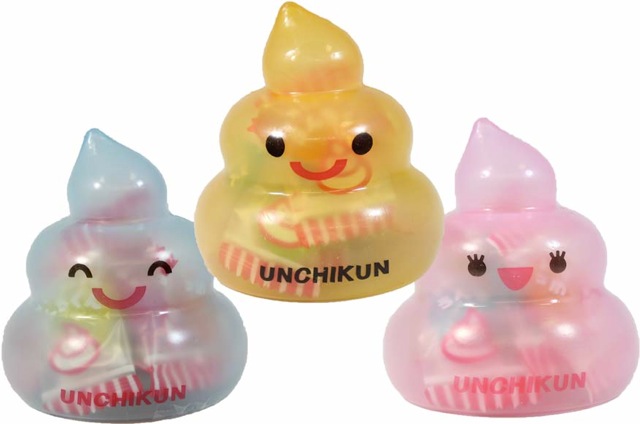 When visiting Japan, your friends back home will always want you to bring back a weird gift for them. It’s a natural reasoning, as Japan is truly home to the weird. Whilst gashapon are often a good idea for pure wonkiness, there’s another trend in Japan that might be even weirder. Brace yourself: It’s all to do with poop.

Poop Toys and Gods: The History Behind Japan’s Poop Obsession

Whilst is just seems like a kooky idea to have poop toys and other merchandise, there are real reasons behind Japan’s obsession with poop. In the Japanese religion of Shinto there exists a multitude of gods – including gods linked to bodily functions. It’s the same principle as if you’re having a bad case of diarrhea and hope to God it stops. One of these Shinto gods is named Haniyasu. You can worship to him at the Haruna Jinja shrine in Gunma if you’re having problems digestively, and then hopefully put an end to those troubles at the altar of one of these. As Shinto gods are invisible beings, art and decorations made in their name can take on strange and wacky forms. As you have probably guessed by now, one of those forms is poop! Poop is also considered lucky, because the word in Japanese (unchi) is very similar to the word for ‘good luck’. 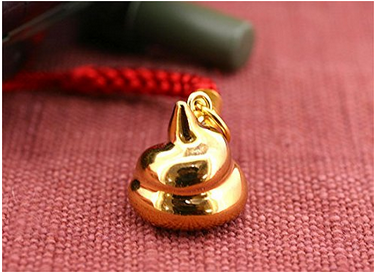 Since the words for poop and good luck are so closely tied in Japanese, the fact that poop and money can also be so easily linked shouldn’t come as a big surprise to anyone. You can choose to carry your golden poop around with you as a charm, or even go one step beyond: As crazy as it may sound, you may now store your hard-earned cash inside a genuine poop piggy bank! This poopy money depository can truly be counted among the world’s most unique piggy banks, standing golden and proud among its much less shiny (but more obviously piggy) animal-based counterparts. This poop piggy bank reclines upon a velvety crimson pillow befitting its high-class origins, seeming to say, “Stick with me and you’re golden!” With a slot on the back to insert your coins, you can get a lot of delight knowing that your loose change is being protected by your prized poop.Think of the possibilities your life could lead to if you had a poop piggy bank in your apartment. You’d soon be known as the person with a poop piggy bank, which is always a positive thing.

Search for Standing golden and proud 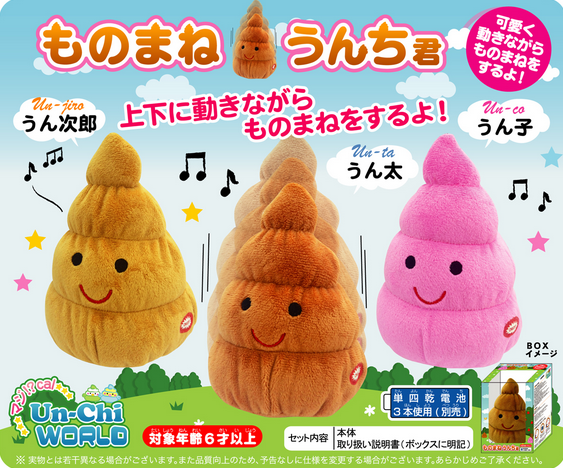 Lest you feel that golden poop in its many forms is a bit too high-brow for your taste, there’s always a trip to Un-Chi World to bring you down to earth. This poopy parallel universe is home to at least three different versions of “Unchi kun” (literally “Mister Poop”): Un-jiro, Un-ta, and the little one, Un-ko. Unlike in our world, this trio doesn’t simply wait for somebody to flush them down the toilet: They sing, dance and generally make merry, thus assuring that you will keep them around for the next person who comes to see them thinking they’re supposed to be ice-cream or something. Setting your dancing poo a-dancing, waiting until the end of the performance and then revealing the truth to your unsuspecting guest may be a poopy thing to do, but it sure sounds like fun. 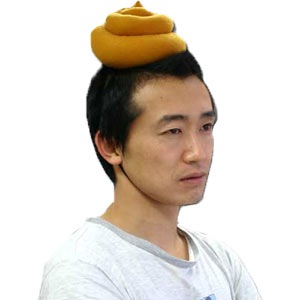 To some, fashion is everything. It’s all about making a statement. Rocking up to the club in a poop hat and poop t-shirt would certainly deliver a bold statement. You can make that dream come true with the Unchi Poop Hat. Rather than something subtle, such as a cap that says poop in brown lettering, the Unchi poop hat is a complete turd. Literally! Soft and bouncy, the hat is a fully formed poop, even coming to a point at the top of the hat. It’s small enough to put in your bag, so whenever a poop situation arises, then you know you’ll be ready to poop party.

A multitude of poop t-Shirts are also available, either with that cheeky poop emoji adorned on the front, or something more serious – such as a shirt that reads in Japanese ‘I Eat Poop’. It might not be the best thing to wear in Japan, but if you’re in a situation where you don’t expect anyone to understand what it says, then it’s a perfect way to subtly talk about your love for poop.

There are many other poop based trinkets that you can find, from the edible to the cute. Edible, you say? Yes! There are, for some reason, many edible poop candy that you can find. Not only are there Unchi-kun gummies, but also an Unchi-kun Candy dispenser. Shaped as a semitransparent poop, the smiling poop dispenses small individually wrapped sweets. One potential disappointment for poop fans is that the poop candy comes in various neon colours and not just brown as one would’ve expected from them. Perhaps less disappointing is that they do not, in fact, taste like poop! 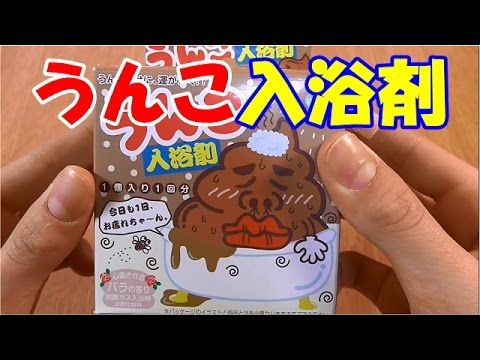 With poop charms, poop piggy banks, poop hats, poop candy, and even dancing poo to satisfy your obsession, you may think that by now you’ve got poop in every aspect of your life. But there’s actually still one corner left unfilled, a place where poop simply shouldn’t go: Straight into your bath!

Not real poop of course; instead it’s a poop shaped bath bomb! You might expect it to make a stink, but the bomb subverts your smelly expectations and instead emanates the heavenly scent of roses. All this makes it pleasant for the nose but actually quite disturbing for the eyes. It’s best to just sit back, relax, and close your eyes when using this product.

If you’ve now seen the products and decided that you absolutely must possess everything covered here, then FROM JAPAN has you got your back. You can find this poop and more by buying directly from Japan. All of the poop you could dream of is at your fingertips—figuratively, of course!

Sakura 2020 – Cherry blossom-themed items that will set your heart aflutter!