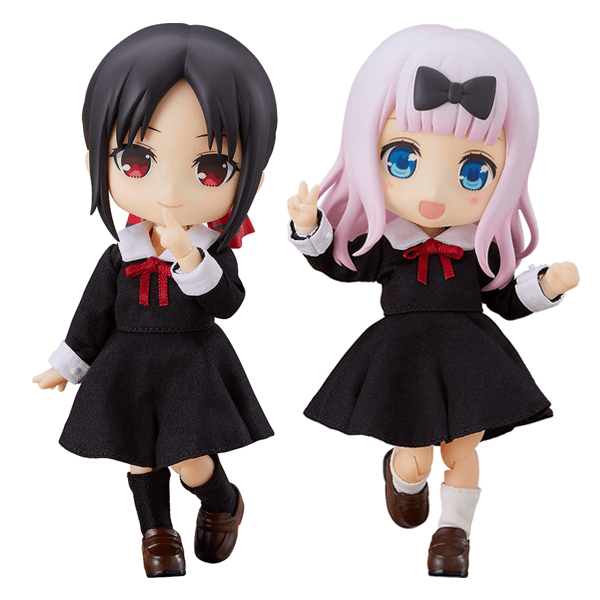 Kaguya Shinomiya and Chika Fujiwara from the hit anime and manga series, Kaguya-sama: Love is War have been transformed into super cute Nendoroids! The Shuchiin Academy girls appear in a mini version of their standard school uniform as seen in the series.

The Nendoroids are fully movable, so you can display them in any pose you want, and if you want an added layer of cuteness, they both come with attachable cat ears and cat paws! Search for your Nendoroid now on FROM JAPAN!