Kotobukiya’s ARTFX J line faithfully recreates favorites from Japan’s world of anime, manga, and gaming into gorgeously detailed 1/8 scale figures. One of the most popular series of ARTFX J figures is their collection of figures based on Pokemon trainers that appear in the game series. Read on to see the full collection of these beautiful Pokemon Trainer ARTFX J figures. Enjoy! 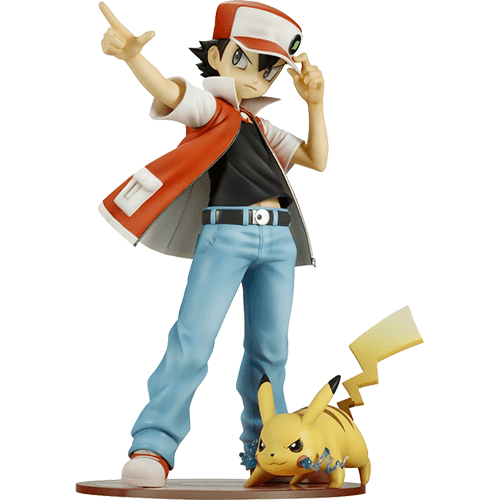 The legendary Pokemon master Red looks ready to battle in this stunning ARTFX J figure. First appearing in the original Pokemon Red and Blue games, the fearless Pokemon trainer and his loyal Pikachu has been accurately recreated in this ARTFX J figure. 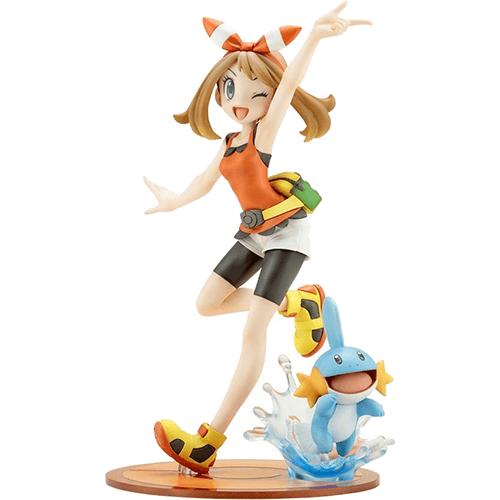 Pokemon Ruby and Sapphire were the first Pokemon games to be released on the Game Boy Advance, with May serving as the playable female character. In this ARTFX J figure, the happy-go-lucky trainer is ready to make a splash with her trusty Mudkip.

Search for May and Mudkip Pokemon ARTFX J Figure 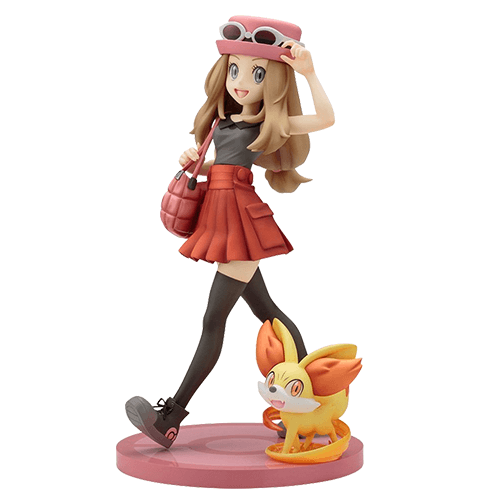 From Pokemon X and Y comes the chic and classy Serena looking suitably elegant in her ARTFX J figure. Joined by the fire-type Kalos starter Fennekin, Serena is the perfect addition to any Pokemon master’s collection! 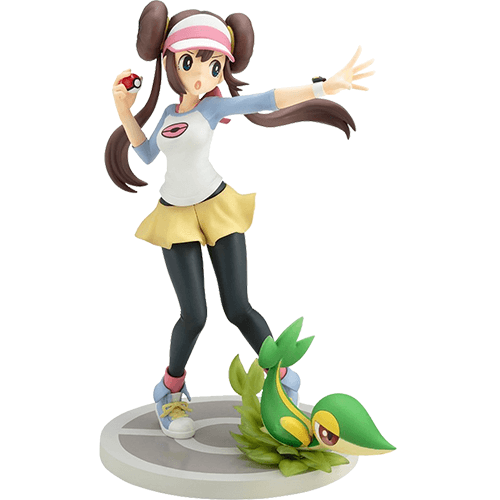 The twin-tailed Rosa stands defiant in her gorgeous ARTFX figure. The Black and White 2 heroine has her determined-looking Snivy at her side and looks ready to take on any challenge on her Pokemon adventure! 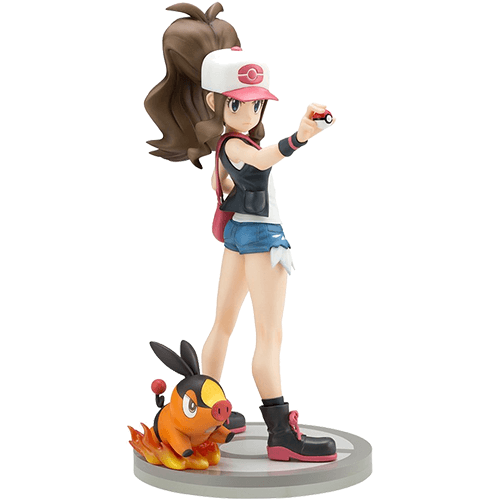 Black and White’s Hilda and her faithful Tepig make a perfect pair in their ARTFX figure. Based on an illustration of Pokemon character designer Hitoshi Ariga, this figure by Kotobukiya perfectly captures Hilda’s intrepid spirit! 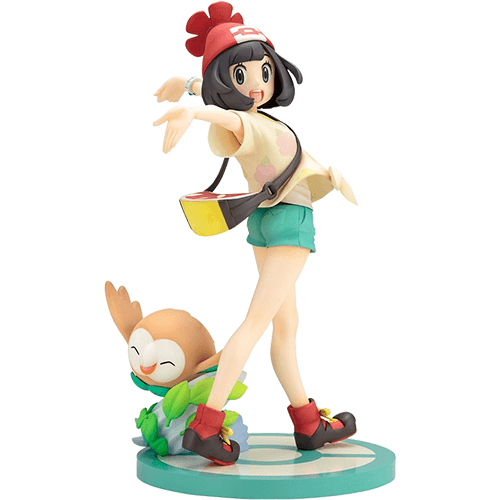 From the Hawaii-inspired Sun and Moon comes the happy-go-lucky Selene and her free-spirited Rowlet! Their relaxed poses encapsulate not only their sparkling personalities but also the laid-back atmosphere of the Alola region. 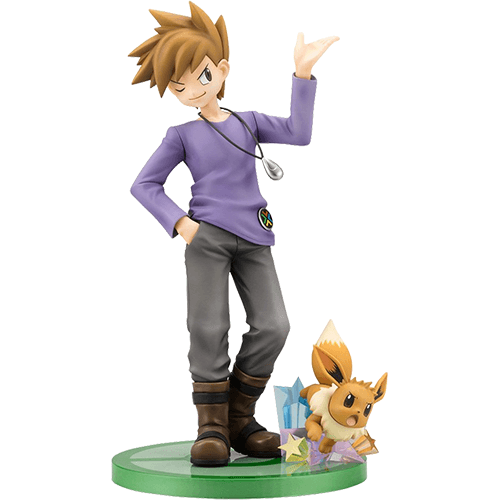 Blue and Eevee from the original Pokemon games are ready to battle in this stunning ARTFX J figure by Kotobukiya! Blue’s confident stance flawlessly captures his slightly smug and arrogant personality, winking as if to say “smell you later!” 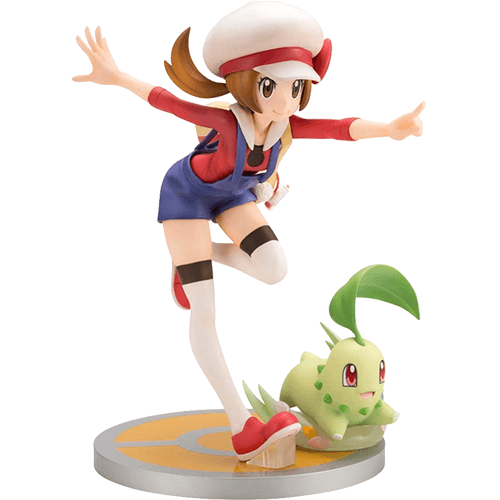 Pokemon Heartgold and Soulsilver’s Lyra looks lively and determined in this dynamic ARTFX J figure by Kotobukiya. Joined by the playful Chikorita, this beautiful figure is sure to bring some joy to your figure collection! 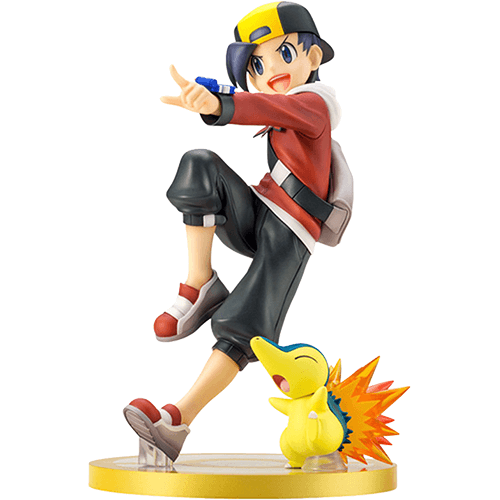 The star of Pokemon Gold and Silver gets his very own ARTFX J figure! Beautifully sculpted, Ethan and his feisty Cyndaquil are poised to battle, ready to start their Pokemon adventure in full force! 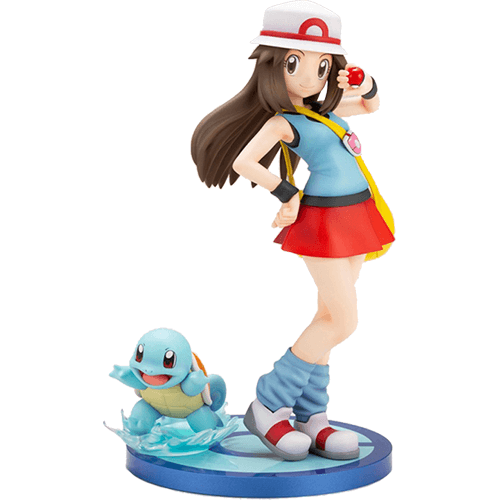 Leaf and Squirtle are ready to take on the Indigo League in this gorgeous ARTFX J figure! Standing strong and smiling confidently, the leading lady of Pokemon FireRed and LeafGreen won’t be easily defeated in this awesome figure! 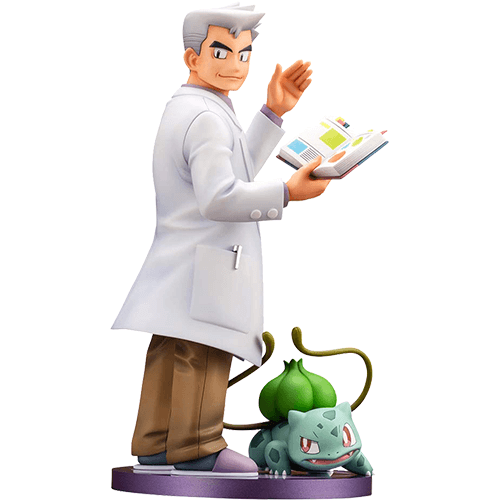 The first Pokemon Professor in the ARTFX J figure series is none other than the legendary Professor Oak! Caught in the middle of his research with his lab partner Bulbasaur, this figure of Professor Oak by Kotobukiya faithfully recreates the stern yet kindly demeanor of the most famous Pokemon Professor! 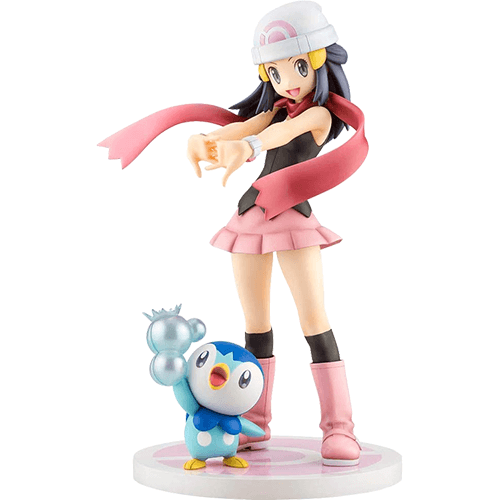 Pokemon Diamond and Pearl’s heroine Dawn make training Pokemon look like a breeze in this beautifully detailed ARTFX J figure by Kotobukiya. Joined by her mischievous companion Piplup, Dawn looks every bit the Pokemon Champion in this gorgeous figure!

Start your Pokemon Trainer ARTFX J collection with FROM JAPAN

Inspired by this list to get started with your own Pokemon Trainer ARTFX J collection? Then look no further than FROM JAPAN! The proxy buying and bidding service FROM JAPAN can help you track down all sorts of Japan-exclusive goodies and have them sent directly to your door. Start your Poke-collection now with FROM JAPAN!