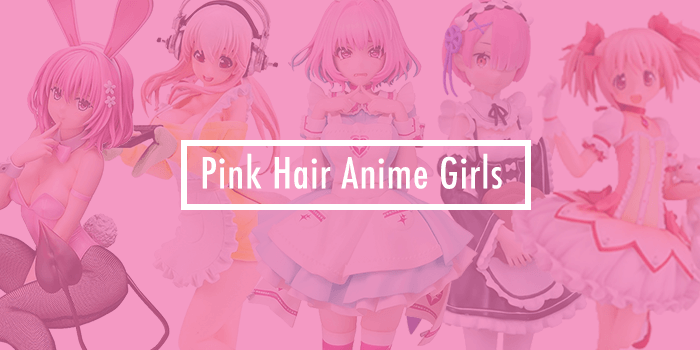 Pink haired anime girls are adorable, and everywhere. With so many options to choose from, how do you ever pick a favorite? It may be quite a tall order, but we’ve compiled a list of our best choices, from the cute (mostly) innocent “moe” types to the violent “yandere”, because why choose when you could have it all? 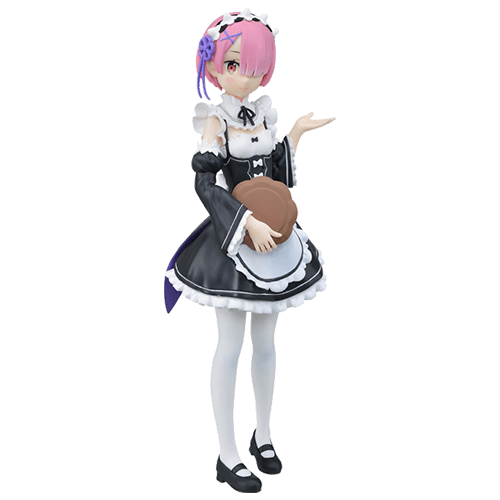 In typical anime fashion sometimes the cutest characters can be pretty savage, and Ram is no exception. She is level-headed and mature compared to her sister Rem and takes pride in her abilities. However, she is super blunt, sparing no one’s feelings.
Search for Ram

Zero Two – DARLING in the FRANXX 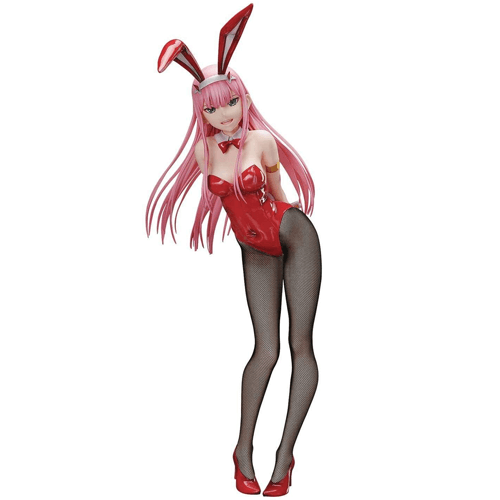 Starting as cynical and detached, Zero Two makes a big transformation through the series. She desires nothing more than to become human, but her callous nature is hiding a sweet disposition reserved for her darling.
Search for Zero Two – DARLING in the FRANXX 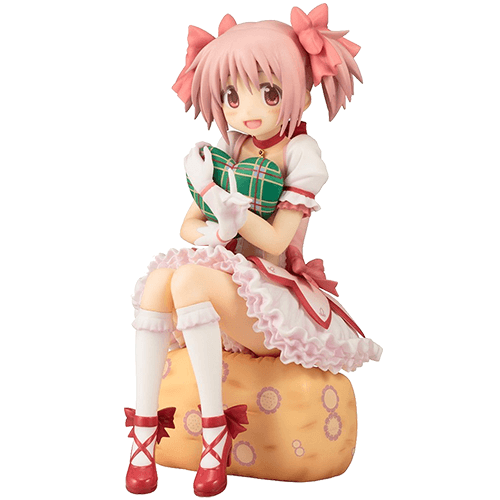 Slightly shy this magical girl can be a bit naive, but her pure of heart and loving nature make up for any shortcomings. Madoka goes out of her way to help others and is willing to sacrifice anything to protect the people she loves.
Search for Madoka Kaname 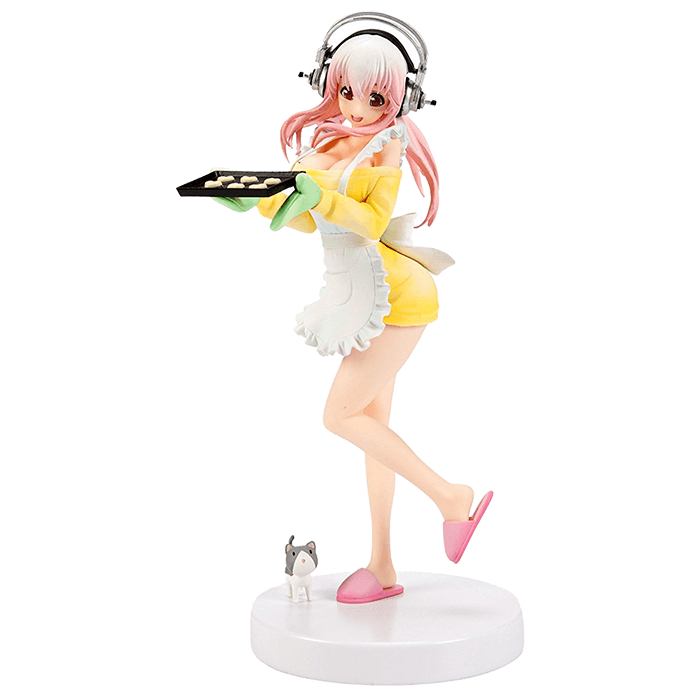 Not originally from an anime this pink bombshell got her start as a mascot for the company Nitroplus. Her popularity skyrocketed, creating a large line of figures, her own anime, and some risqué mousepads… Bodacious and down to earth it’s no wonder why you can’t turn a corner in Japan without seeing her face.
Search for Super Sonico 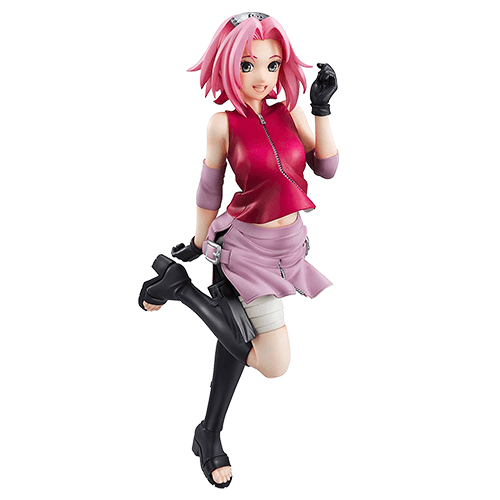 Another huge transformation from start to end, Sakura is almost unrecognizable in later episodes. She starts as a boy obsessed girl who focuses too much on her looks. Through perseverance and strength, she learns there is so much more to her than a pretty face.
Search for Sakura Haruno 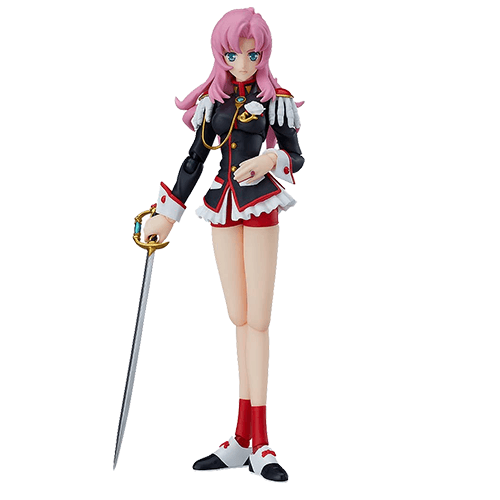 One of the most iconic pink-haired anime girls, Utena is an athletic tomboy who dreams of emulating a prince who once saved her. She uses this valor to try to keep her friend safe from people that would abuse her.
Search for Utena Tenjou 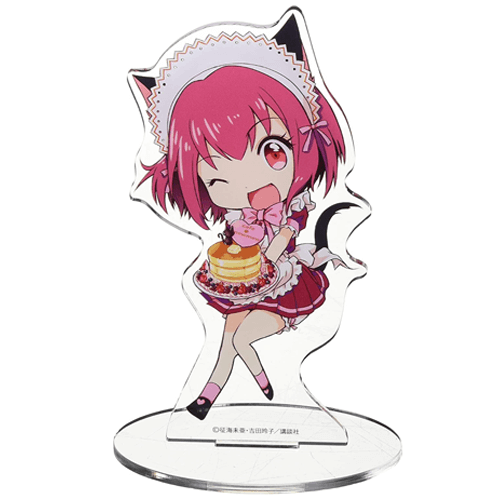 A catgirl and pink-haired double whammy, Ichigo is excitable and prone to cat transformations. Becoming a Mew Mew she ends up the leader of others like her. Her transformation allows for some hilarious and cute cat moments. From chasing butterflies to the constant cat noises, there’s a reason people love catgirls.
Search for Ichigo Momomiya 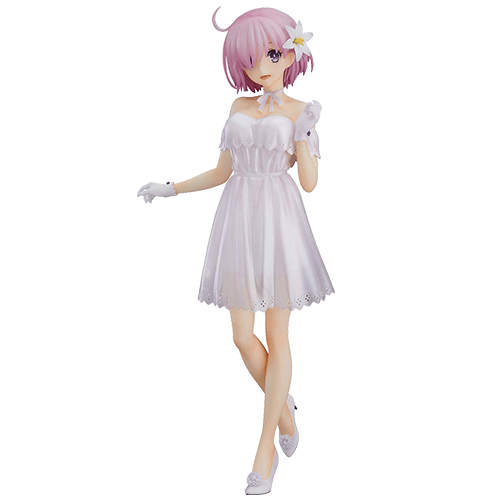 A shielder contracted to serve Ritsuka Fujimaru, Mashu was born as a designer baby, genetically engineered. Even with a limited lifespan, she remains kind, but she can come off as quite mysterious. That’s typical of a character holding such a big secret.
Search for Mashu Kyrielight 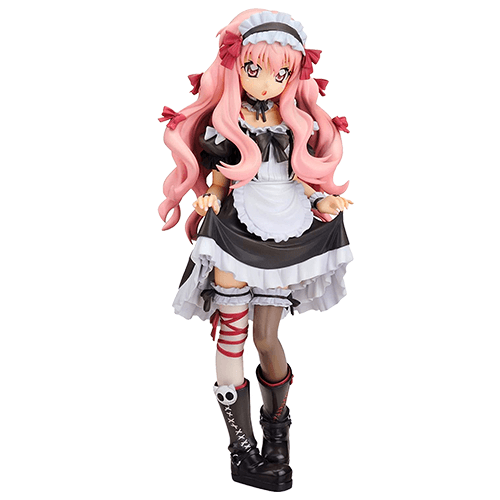 While not fantastic at most magic, Louise does have a strong personality. Gifted with a rare branch of magic, her teachers can’t show her how to use it, so she becomes used to failure. When she summons her familiar Saito she is initially furious but starts to fall in love with him, showing her more thoughtful side.
Search for Louise de la Vallière

The Deviluke Sisters – To Love-Ru 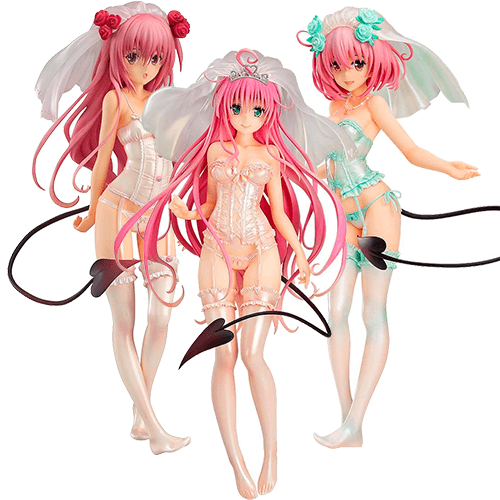 It may seem like cheating putting three girls into one slot but two of them are willing to share a guy, so sharing a spot on a top ten list isn’t such a big deal. Being part of a plan to get the boy of their dreams involved in a harem these sisters are proven to be very… persuasive.
Search for he Deviluke Sisters

A True Yandere, Yuno has some…. issues. While she does truly care for Yuki she shows it in some questionable ways. You know the way straight to a man’s heart is to murder everyone in sight… No? Well, don’t tell Yuno that.

Cute but childish, Chika has hidden talents as well as a sneaky side.

Another hyperactive pink-haired young girl, you would never know in her past life she was quadriplegic.

Jealousy prone character from a popular free to play simulation game. She may be cute but be warned she can be a bit neurotic.

Milim Nava – That Time I got Reincarnated as a Slime

A short-tempered demon, constantly seeking entertainment to disrupt the boredom she often feels.

This showy older sister, Mika likes to come across as tough, but she cares deeply for her little sister.

A ditsy, yet lovable girl that enjoys blankets and has a huge appetite.

One of the happy-go-lucky girls who rolls with the punches and makes friends with ease.

Childlike and sweet, Miwako coincidentally carries a jar of candy to remind her that she is loved.

Aya may come across as sweet, but she has a deep need for attention that influences her actions.

Jibril – No Game No Life

Sometimes a thirst for knowledge can lead to a superiority complex, she isn’t as polite as she initially seems.

Looking to indulge in anime products? FROM JAPAN offers a wide variety of all your favorite goods straight from Japan. Use their proxy service today to live the Otaku lifestyle you desire.

Anime Swimsuit Figures to keep your Summer Hot in 2019

Studio Ghibli Figurines Based on the Films of Hayao Miyazaki