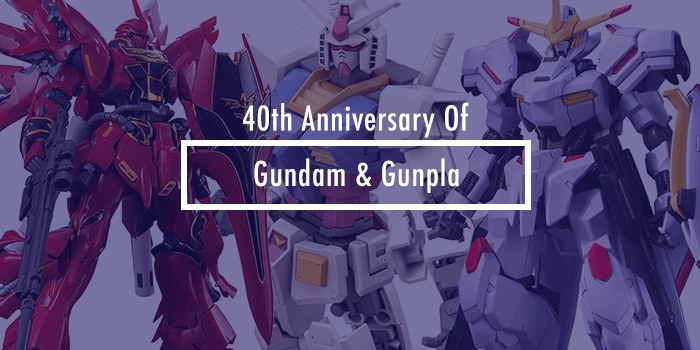 When the anime series “Mobile Suit Gundam” hit Japanese screens in 1980, no one imagined that the Gundam models derived from the saga would reinvent the anime scene around the world. As the plastic models celebrate its 40th anniversary, its popularity is still surging on unabated. The giant robots boast of an impressive 500 million sales worldwide since its inception. Currently, the Bandai Namco factory where the robots are made runs 24 hours a day, 365 days a year, trying hard to meet a huge demand.

This year, a new Gundam factory is underway to mark the 40th anniversary of the original series that originated from the Japanese television sci-fi series “Mobile Suit Gundam.” Once the new plant is fully operational, it will expand the manufacturing complex capacity by 40 percent.

The story behind Gundam/Gunpla robots

The Gundam/Gunpla plastic kits gained popularity among the mecha anime fans and model lovers in Japan and other neighboring countries in the early 1980s. Soon, Gundam modeling spread like wildfire across North America and Europe in the 1990s thanks to the television shows, video games, and manga.

Today, Gundam is a cultural phenomenon that features dozens of TV series, OVAs, mangas, toy lines, and movies. It is closely associated with mecha worldwide and is often used to promote interest in engineering and robotics. In 2002 the Japanese government classified Gundam RX-78-2 as culturally significant for the Asian nation. The classification led to the issuing of postage stamps that depicted the original Gundam and its pilot Amuro Ray.

Why the ‘Mobile Suits’ Plastic Models are unique

The story of Gundam depicts a distant future where characters do battle in gigantic robots referred to as ‘mobile suits.’ The plastic models, known in Japan as Gunpla, feature parts attached to injection molding runners.

Once you have bought the Gunpla models, you separate the components and reassemble them per the instructions provided. You can customize the suits with paint jobs and do other fine-tuning works. Although the models come with instructions, there are no rules for making Gunpla, and you can make your models of machines that look as real and original as possible.

The essence of Gundam/Gunpla is for you to enjoy the process of assembling the parts. You can buy kits with over 1000 parts to provide you with the thrill of turning mere plastic parts into your favorite mobile suits. You can use your creativity and imagination to give a breath of life to the plastic parts.

How are the parts manufactured?

Some of the parts come in metal molds that feature carefully crafted cavities that correspond with each other. The molten plastic at high-temperatures of over 200 degrees will flow through these spaces. Some molds weigh up to one metric ton and are only lifted by a crane from the storage to the molding machines. Typically, there are over 200 kinds of pellets used for Gunpla. The pellets come in different materials that include polystyrene, ABS, and acrylic. The plastic pellets are typically melted in about 200-degree heat and carefully injected into molds at an average pressure of 150 tones. One runner is produced in about 20 seconds. The human eye checks the finished product, and operators confirm that plastic has reached every part that forms the expected shape. Once it passes all standards, the piles of products are shipped to many destinations, including Japan, South Korea, and the USA.

The 40th anniversary: What you should know

The Gundam 40th anniversary comes with exciting new developments for the Gundam models. The following are the things you should know about this year’s anniversary:

You can buy Gundam plastic model kits from Japan using a proxy service. A proxy service acts as a middleman between you and the Japanese retailers of the gunplay models. The proxy offers the best and easiest way to buy goods from Japan. At FROM JAPAN, we will order items on your behalf, ship them to a warehouse in Japan, and handle the shipping process to you wherever you are in the world. FROM JAPAN, proxy/buying service helps customers worldwide buy things of various categories, including many “otaku” and anime-related items from Japan. Contact us today for the best shopping experience.

The Connection Between Dash! Yonkuro and Tamiya 4WD Revealed!