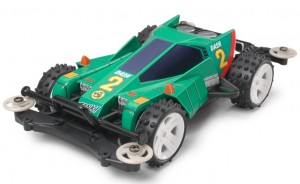 The Tamiya Mini 4WD has been one of the most popular creations since the day it was produced by Tamiya, a Japanese company, in the early 1980s. Tamiya manufactures radio-controlled cars, plastic model kits, sailboat models, solar- and battery-education models and other modeling supplies and tools. The Tamiya Mini 4WD is a miniature car model that has become popular not just for young kids, but for adults as well. This article will unveil the successful history of Tamiya Mini 4WD.

When Was the Tamiya 4WD First Produced?

The Tamiya company produced their very first Tamiya Mini 4WD in 1982 and immediately became a favorite among many people. Since the first production of these miniature car models, it has turned into a hobby for many people all over the world to tune up and race their Tamiya Mini 4WD, several competitions are held every year. 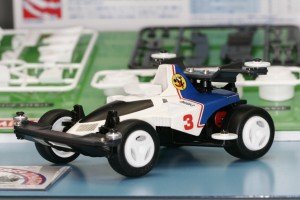 In the beginning, the Tamiya Mini 4WD kits were sold solely by Tamiya’s exclusive distributor in the United States – the Model Rectifier Group (MRC). However, in 1989, the Model Rectifier Group was replaced by Tamiya America as the exclusive and sole licensed distributor of Tamiya Mini 4WD in the United States. Tamiya America is headquartered in California. It also conducts several competitions of the Mini 4WD, including the USA Mini 4WD Championships.

Anime Series Based on the Tamiya Mini 4WD

There were two anime television series that were based on the Tamiya Mini 4WD, Dash! Yonkuro and Bakusou Kyoudai Let’s & Go!! There was even an anime movie titled, Let’s & Go Tamiya, The Movie. The two anime series were produced in 1989 by Shogakkun under the commission of Tamiya. Soon after the release of the anime series, the sales of the Tamiya Mini 4WD increased dramatically.

The Expansion of the Mini 4WD Market

Considering the growth, popularity, and sales of the Tamiya Mini 4WD, it was not a surprise when more companies decided to venture into manufacturing their own Mini 4WD cars. Some of the companies that have ventured into manufacturing Mini 4WD are Tokyo Marui, Hot Wheels, Hasbro, and Tonnka. Many of these companies decided to introduce their very own version of miniature car lines. On the other hand, there are also companies that decided to produce replicas of the popular Toyota 4WD. Soon after the Mini 4WD market became a world-wide market, popular even in countries like Thailand for example, who beat Japan’s record for the longest Mini 4WD track at 1,074.5 meters.

Check out From Japan for a huge selection of Mini 4WD, Mini 4WD tuning parts and other Mini 4WD merchandise!