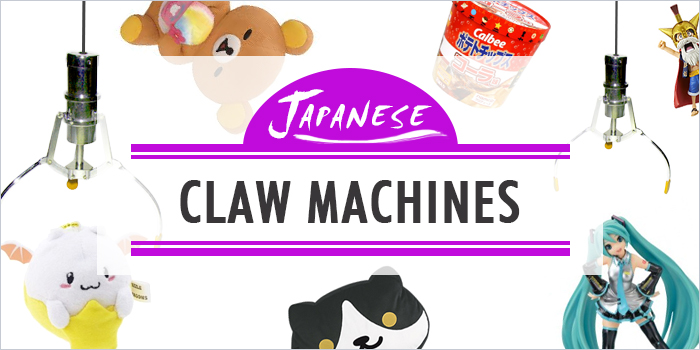 If you’re a fan of anime figurines, don’t miss the chance to make your way through the many arcades dotting the Japanese landscape to try your hand at scoring a limited edition collectible with the popular Japanese claw machine! They are so common here that a sub-culture of claw addicts have emerged who know the secrets of mastering the game to get the coveted prize. To the untrained novice, the Japanese claw machine can be oh-so elusive, but don’t worry—we’ve got your back with these essential tips and tricks!

Basically, to try and win the prize by grabbing it with the two claws attached to the crane. In order to win an item one has to lift it from the two bars it is usually placed on so it can slip through the bars. If you’ve seen a certain movie featuring toy aliens, than you’ve already got the basics down. 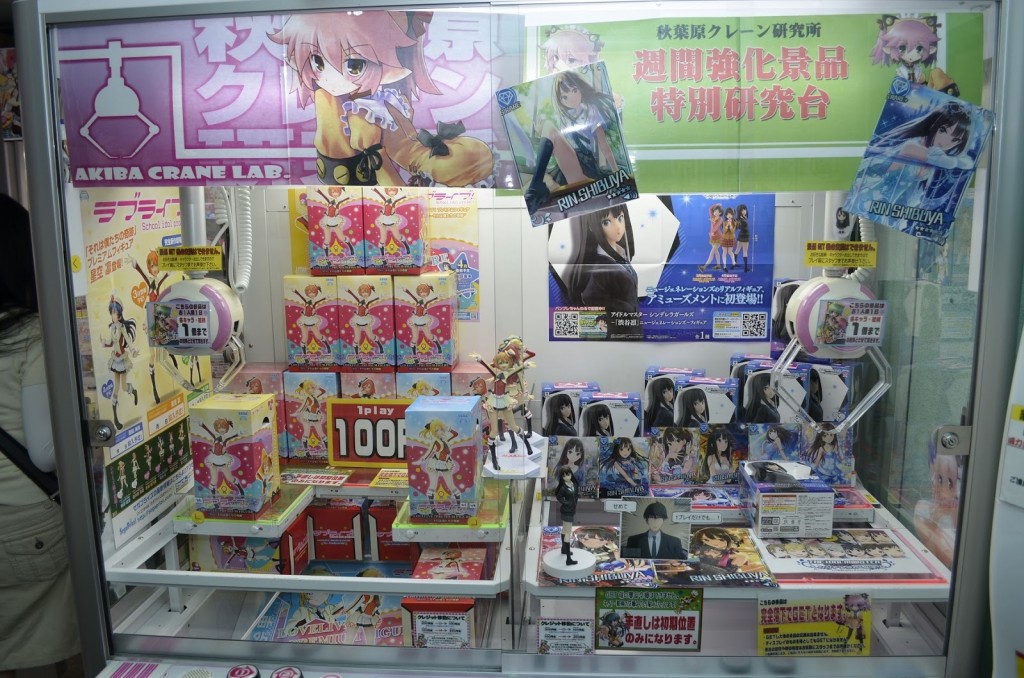 The most common movement control options consist of two buttons: The first one moves the crane left or right and the second one moves it backwards and forwards, and each is usually labeled with a helpful arrow to indicate the direction of movement. If you’re ever confused about which button to press first, have no fear: That is usually made clear by a flashing light behind the button itself. Press the flashing button to move the crane, and let go to stop it. The crane will open, close and move down (hopefully to grab the coveted prize) by itself.

Tip 1: As the buttons of either very popular or very old machines may have been rubbed clean by thousands of eager hands, look for other indicators, such as the colorful visual guides often pasted to the machines themselves. In lieu of that, you can try and corral a member of the staff to help you.

Before pressing the buttons try to think about two things: 1) The angle at which the claws of the crane open and 2) Where the left and right claw should be at the end to reach an optimal, winning outcome. We would recommend to always try hitting either the top left or bottom right edge of the item you are going for and vice versa. This method might enable you to have a successful hit in a much shorter period of time, saving you both money and a headache.

Tip 2: All claws are not created equal! Some are weaker than others, and some are rigged with rubber bands, etc. so that only one side closes completely. Examine the claw carefully before playing, and assume that you may need to play once to get the lay of the land before diving in.

Often cranes can be moved the old-fashioned way, via joystick. One is allowed to freely control the crane in every direction for a limited amount of time (For example 30 seconds or 1 minute).

Tip 3: Rather than simply zeroing in on your prize, use the time you have in the first round to test how much freedom of movement you actually have with your joystick. If you find that you cannot actually reach the item you are vying for, then at least you can go for your second choice—either way, you can save your time and money for bigger spoils! 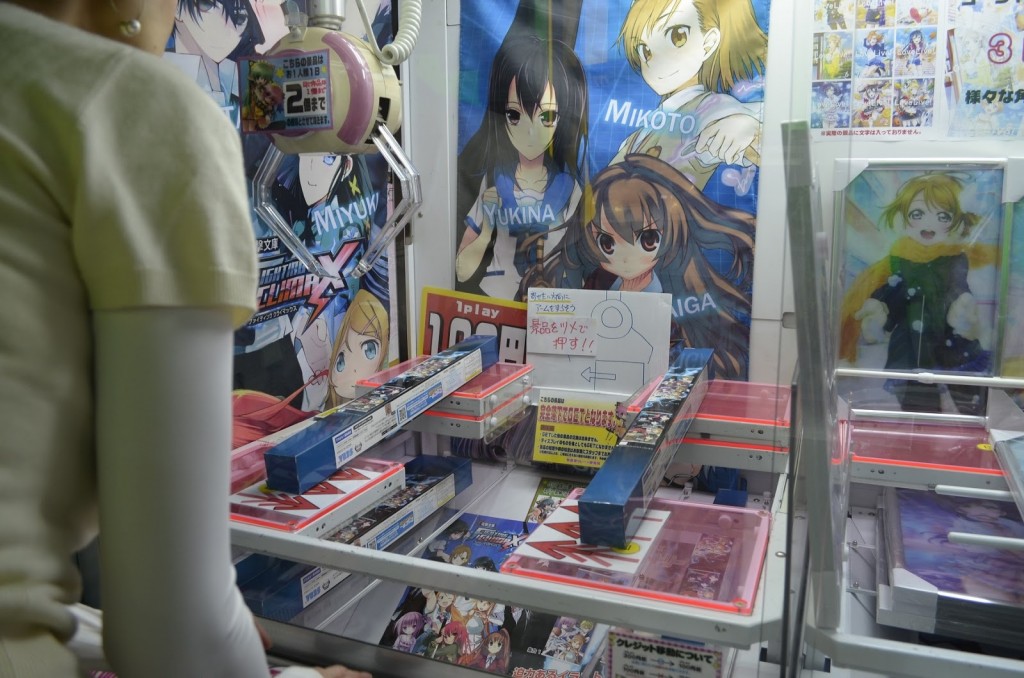 Tip 4: Find good deals. Go to game centers where games cost 100 yen instead of 200 yen. Also, it is recommended to search for machines which offer you 6 tries for 600 yen instead of only three.

Tip 5: Be patient. Observe people playing at crane game machine before you try. Just pretend that you are checking out the items, while carefully analyzing how far your predecessor manages to tackle the game’s prizes and which techniques are successful (or not) for the game you’d like to play.

Tip 6: Use the staff. From some positions it is rather impossible to get a prize. Items can occasionally get stuck or pushed too far to one side of the machine.

If that’s the case try to ask one of the staff members of the arcade to relocate the prize. In most cases they will put it in a similar but gettable position. Sometimes they’re even kind enough to relocate items for struggling players so that items can be obtained after one or two tries. If they hesitate, don’t be afraid to bat your eyelashes.

Tip 7: Avoid strict arcades. However, there are also arcade centers with rules which prohibit relocation of an item.

This is the claw that we all know and love. Most novices will simply try and pick items up and carry them over to the hole, but machine designs don’t allow for this technique as much anymore. If you’re new to the Japanese claw machine, we suggest watching the Japanese masters perform their tricks to give an idea of how versatile the claw truly is.

The point of this catcher is to push the prize down toward the hole with one of the claws or the claw folding unit. Be sure not to confuse this with the Bridge Hook catcher as the arms are too weak to pick things up.

This is a tricky one and there is no real advice on how to approach this machine as there is only one exact move: Pushing the arm into the hole. If you have a good visual feel for depth you can catch some good prizes—even better the on Japanese potato chips shown below.

This is probably one of the rarer variations of Japanese crane game machines, and definitely worth a shot for the experience alone.

Another rare addition to the Japanese crane games, the Papper Cutter requires you to use a knife to get your prize (see the picture below) 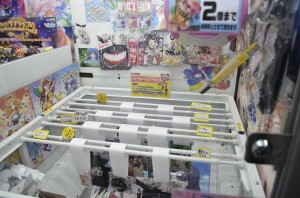 Win A Prize From the Comfort of Your Computer!

As most of the winnable items in crane games are rare and exclusive to Japan, you may wonder how you can get your hands on these collectibles without having to buy a plane ticket. Have no fear: a lot of people in Japan make it their daily job to win these prizes and sell them on auction sites like Yahoo! Auctions or other online marketplaces. FROM JAPAN can act as your proxy, giving you the opportunity to bid on auctions you normally wouldn’t even know about! You can buy and bid on limited-edition claw machine figurines by visiting our site today!

Where to Buy Doujinshi