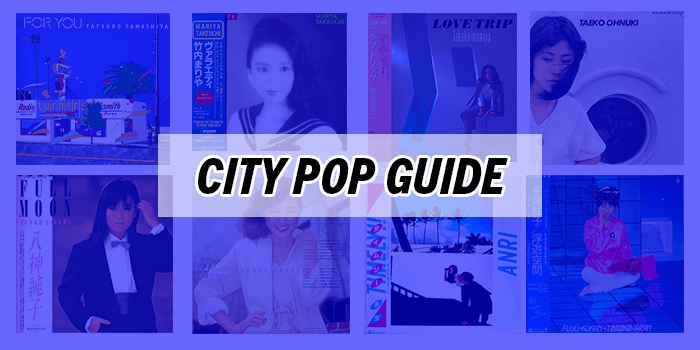 What is City Pop?

City pop is a music genre that was popular in most Japanese cities in the ’70s and ’80s. City Pop sounds like a merging of soft-rock, boogie, and funk. Initially, the music was considered the music for the Japanese upper-middle class. Still, the sound of City pop was later accepted as the region’s music for the urban across all social levels.

The music is certainly alive today, even after so many decades of Japanese musical transformations. If the recent interest that people show for the genre is anything to go by, the music is slowly taking back its place among the urbanites the world over. Before you are left behind on this incredible genre, here is a quick history of Japanese City Pop.

The 70s and 80s were definitive in the Japanese economy as the country experienced a surprising economic boom. The economy’s growth came with a middle and upper class that was cosmopolitan, mainly due to the American influence on the Japanese culture. With this economic boom came better quality stereos, the invention of the walkman, car radios, and other music players.

American Music was playing on Japanese radio. The Japanese population was exposed to a new sound in American soft rock, jazz, and R&B. The Japanese musicians of the time started to adapt to the new sounds slowly. Some of the first Japanese bands to infuse these new sounds include Tatsuro Yamashita’s “Sugar Babe” and Eiichi Ohtaki’s band “Happy End.”

The first Japanese musicians who adopted the genre became very popular at the time, made a lot of money from sold-out concerts and tons of record sales. Everyone wanted in on the fast-growing genre, and soon, almost every Japanese musician wanted to produce music in the same fashion.

A new genre that would become “City Pop” was born.

Some of the notable musicians of this genre include among others:

City pop was the music of the Japanese urbanite. It spoke of the extravagance that came with the economic boom and advocated for living a life free of worries. The lyrics created into the listeners’ imagination images of relaxing scenes by the beach, a lazy Sunday afternoon, and the joys of watching beautiful sunsets.

The music’s popularity caused people to try to live up to the philosophies preached by the city pop. This led to the growth of nightlife in Japan, and music lovers emulated new dance styles that came with the genre. Additionally, a new sense of fashion came with people imitating the singers’ dress styles.

The freedom exhibited in the city pop was experienced in many areas of the Japanese lifestyle. Women were more appreciated and yearned and worked towards more independence. This freedom could be said to have come from seeing female artists finally singing of nightlife, the pursuit of love, and the liberty to be a woman.

The Sudden Death of the Genre

Towards the end of the ‘80s, the thriving Japanese economy crashed. Suddenly, people had no money. The economy that had given citizens the confidence to live a care-free lifestyle could no longer do that. Therefore, it became hard for the people to visualize life in private jets or watch sunsets while drinking expensive champagne when they were struggling to put food on the table.

Music sales went down, and city pop musicians could not make money out of their music. Music producers also slowed down their investment in modern recording equipment. Concerts became barely booked, and the number of new music in the genre became rare.

City pop soon became a memory that people went back to remind themselves of past better days. Shortly thereafter, the genre died.

After Japan’s economic bubble burst, city pop went silent. Recently, however, the world seems to be dusting their city pop records and listening to them afresh. This started when Mariya Takeuchi’s ‘Plastic Love’ was posted on YouTube, and people all over the world enjoyed it so much that they began to look up music in that genre.

Since then, fans of the genre have been invited for a meet-and-greet with their favorite artists, numerous remixes and translations of city pop oldies, and websites doing many music reviews on city pop singles, among other activities. The world is excited and cannot wait to see the direction the genre will take.

City pop is liberating and is the music you would love to listen to as you watch the sunset with a loved one. The beats are also danceable and ideal for house parties and even to be played in dance clubs’ discotheques.

Buy City Pop vinyl records and CDs with FROM JAPAN

Are you looking for help creating your very own City Pop collection? By using a proxy bidding and shopping service like FROM JAPAN you can get your hands on a variety of rare and otherwise unavailable City Pop records from popular and well-known Japanese shopping and auction sites. Start your City Pop shopping now with FROM JAPAN!