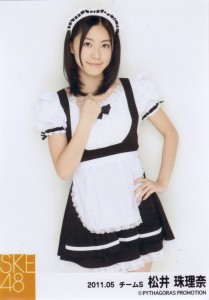 Aside from the random theater photosets, SKE48 also sells individual photosets every month. Each set has 5 photos and is sold as fixed set (no changes are allowed in photo choices) for 1,000 yen each. They are also available from both the shop and over the Internet. The advantage for buyers is that they can pick which photoset to buy since the group allows previews. Usually the popular girls and those with fantastic outfits are sold out first. The less popular members and those with uninteresting costumes or outfits tend to stay in the stores longer and lose their value over time. For this reason, the SKE group will print fewer sets of unpopular members for obvious reasons. However, it is rare for even the individual photosets of popular girls to sell out. 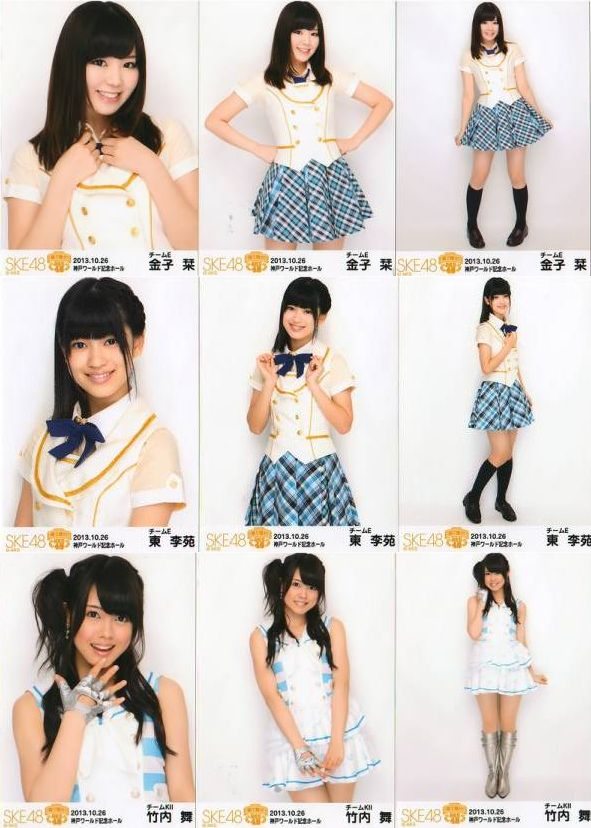 The girls are all in casual outfits for the individual photos although they seem to like dressing for seasons or holidays. The 3 shots come in face, medium, and full body with the identification bar at the bottom of the picture. Fans tend to keep their individual photosets since they buy only the sets of their favorite members thus trading is almost non-existent except for the few most popular members.

This is a collection of miscellaneous shots of the SKE48 group, individual and group shots. They are candid pictures of the group outside of the theater, on field trips, and while on holidays. These sets are distinguishable in that the ID bar is smaller and only contains copyright information. They are sold at the same price of 1,000 yen for a set of 5.

These sets are of the girls with their special greetings to their fans. They are distributed in the same manner as the rest of the group’s photosets. The members are often in poses, not random pictures and they are sold as team photos. Thus, they contain more photographs and sell for up to 3,000 yen. The price can dip slightly if the team has fewer members. There is trading going on with this type of photos as fans like to discard the members’ photos they don’t like for the ones they like from other teams. Thus it isn’t hard to find loose copies of team prints.

NMB48 is another sister group of AKB48. Their individual photos are released monthly in sets of 5 pictures for 1,000 yen. These are the standard poses for PR material and only sold at the official NMB48 store which is located very close to the NMB48 Theater. NMB48 individual photos are similar to SKE48. The girls wear costumes and seasonal clothing for their pictures. You can distinguish the older sets because they only have the group’s yellow logo while the newer sets have the ID bar at the bottom of the photo. NMB48 individual photosets usually sell briskly for all members. They have a more loyal fan base that are more intent on supporting their girls and so pictures sell out for every member. Some say it is because the fan base is more hardcore. As a result, older sets are hard to find mainly because fans refuse to part with their purchase. 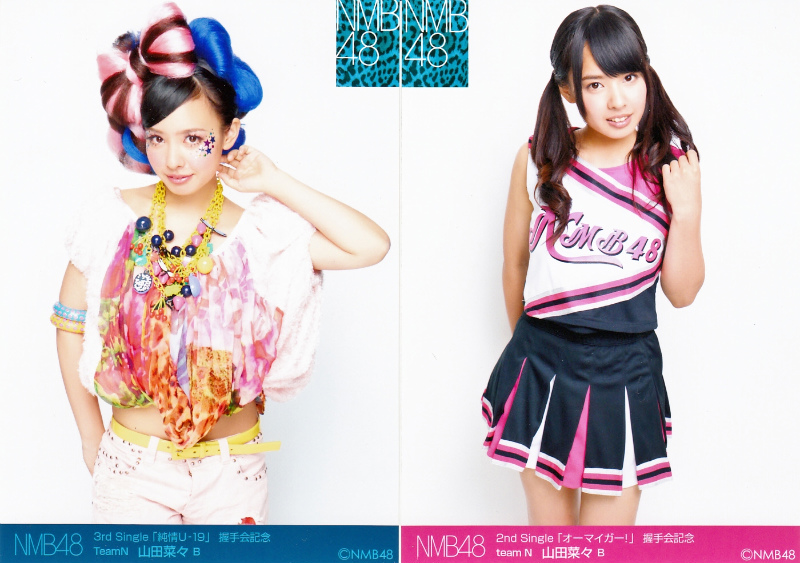 NMB48 also have random photosets and unlike the rest of the sister groups and AKB48, the sets come in 6’s. The sixth photo is chosen randomly and is used to complete older sets. The packs are sold for 1,000 yen via the Official Shop only and they are released monthly. Since the random shots can look very similar to the individual pictures, one way to distinguish them is by looking at the group’s logo found at the bottom of the picture. The random photos have a purple-colored logo as compared to the yellow logo of individual pictures. NMB48 does not print a lot of the random sets and they get sold out quickly. This makes them more valuable especially with the added 6th photograph.

The HKT48 theater photosets mimics the distribution and format of AKB48 almost by 100%. These sets are released monthly and sold for 1,000 yen. The more popular members’ photosets are often up for resale at a higher price. Many buyers buy for the purpose of reselling the sets for profit at a later date. 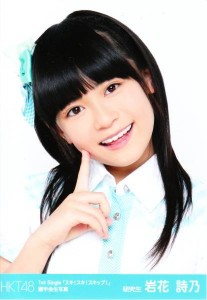 All of the HKT theater photos have an ID bar at the bottom of the pictures although the one difference with AKB48 is that the bar changes color according to season or to match with the outfit of the member on the photo. HKT48 does not print a lot of these theater photos so they tend to be rare and hard to find especially since they get sold out fast. The secondary market makes a lot of money because they are able to charge a much higher fee for the photos. All members’ photos are considered sellable.

Are you looking to complete your photo collection? With From Japan it’s going to be an easy task. Simply use the following search terms when searching for your favorite groups photo sets!