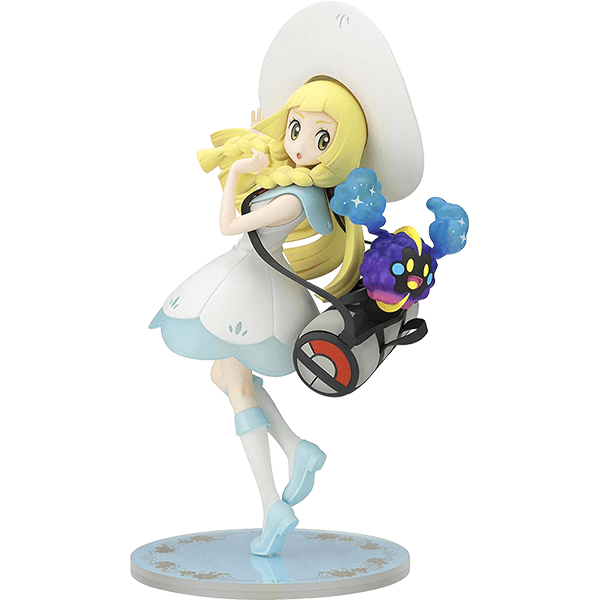 The first figure in this series featured Pokemon Sun and Moon’s timid Lillie alongside her mischievous Cosmog. Sculpted with Kotobukiya’s signature craftsmanship, the bashful Pokemon Trainer comes to life in this gorgeous 1/8 scale figure! 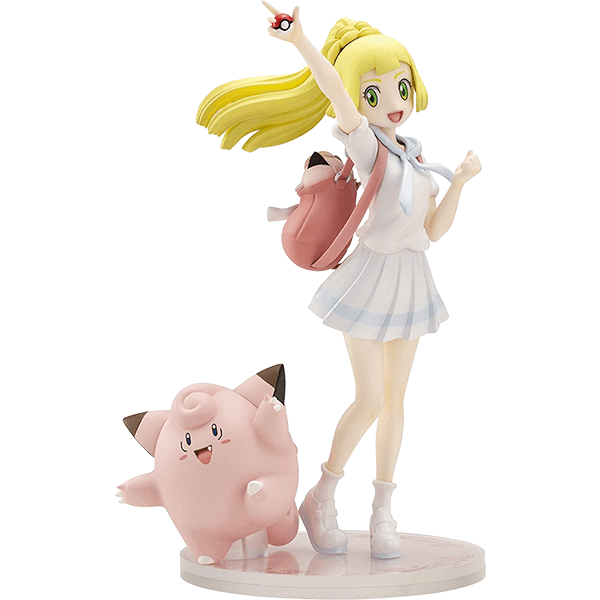 Lillie and her Poke-friend Clefairy have a spring in their step in their Kotobukiya Pokemon Center original figure! Lillie wears her casual outfit as seen at the end of the game, and has an adorable Clefairy Pokedoll poking out of her fashionable backpack. If you’re a fan of Pokemon Sun and Moon, this delightful duo is sure to bring some joy to any Pokemon enthusiast’s collection! 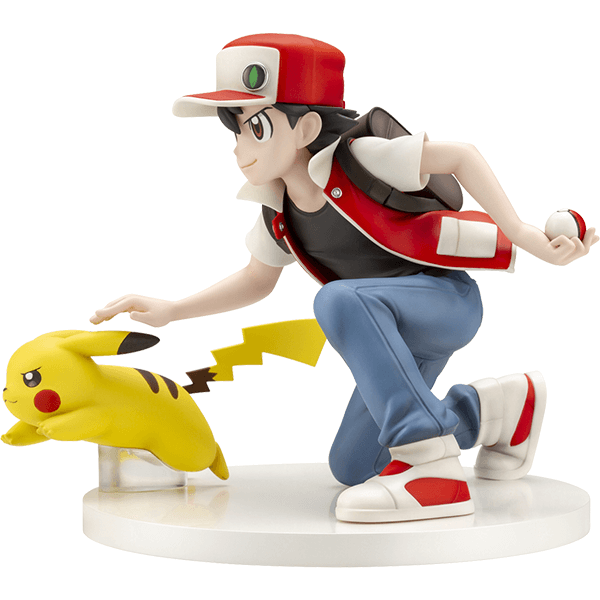 The legendary Pokemon master Red looks ready to battle in this stunning Kotobukiya Pokemon Center Original figure. First appearing in the original Pokemon Red and Blue games, the fearless Pokemon trainer and his loyal Pikachu can take on any opponent in this gorgeous 1/8 scale figure! 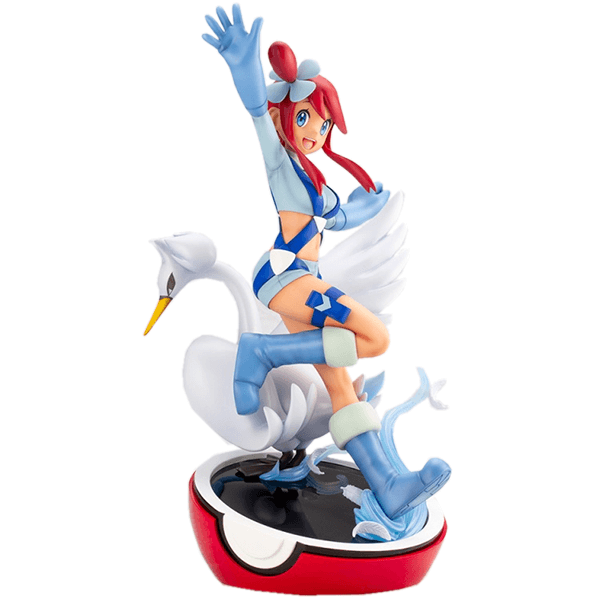 The flying-type gym leader Skyla looks like she’s about to take to the skies in her beautiful 1/8 scale figure in Kotobukiya’s line of Pokemon Center Original figures. The elegant Swanna joins Skyla in this figure, both perching on a Pokeball-shaped base. The figure was available exclusively as a pre-order on from the Pokemon Center and is expected to be released in August 2020. 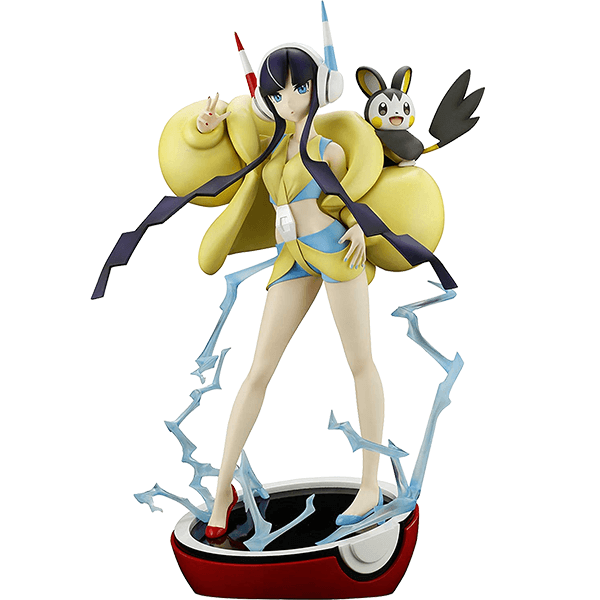 The electrifying Elesa is ready to make some waves in her gorgeous Kotobukiya Pokemon Center Original 1/8 scale figure! Elesa is no longer available for pre-order, but she is expected to be shipped around August 2020. The electric-type gym leader is joined by her adorable Poke-partner Emolga and would make an excellent addition to any Pokemon fan’s collection!

Start your Pokemon Trainer figure collection with FROM JAPAN

Inspired by this list to get started with your own collection of Pokemon Trainer figures? Then look no further than FROM JAPAN! The proxy buying and bidding service FROM JAPAN can help you track down all sorts of Japan-exclusive goodies and have them sent directly to your door. Start your Poke-collection now with FROM JAPAN!

Jujutsu Kaisen – Everything you need to know about the latest Shonen hit!