Yu-Gi-Oh! roughly translates as “King of Games” in Japanese, befitting a franchise that has sold over 22 billion trading cards since its debut. Most fans of the series were likely introduced to Yu-Gi-Oh’s world of monster duelling by the Toei-produced TV anime in the early 2000s. But even after the show has finished airing, the Yu-Gi-Oh! TGC remains one of the most played trading card games in the world.

Yu-Gi-Oh! booster packs and decks are still being released year after year, but have you ever wondered which Yu-Gi-Oh! cards are the most valuable? If so, look no further, as we’ve rounded up the top 10 rarest and most expensive Yu-Gi-Oh! cards out there. Enjoy! 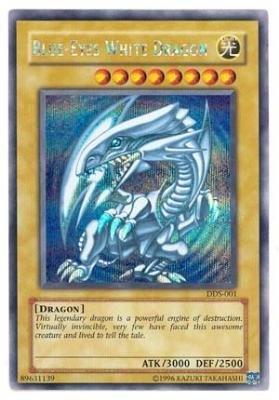 This variation of the iconic dueling monster was part of a promotional release for the Game Boy Color game “Yu-Gi-Oh!: Dark Duel Stories” back in 2002. If you unearth this fearsome dragon from your Yu-Gi-Oh! card collection, then you are looking at around 400 USD on the second-hand market. 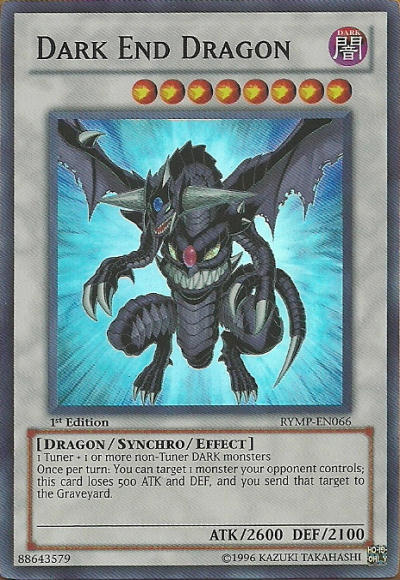 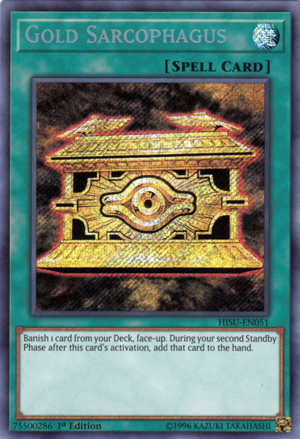 Only a scant 25 copies of the Gold Sarcophagus card were ever made, making it one of the rarest cards on our list. The ancient Egypt-inspired card was presented to the best players of two Yu-Gi-Oh! trading card championships between 2005 and 2006. As only top-class duelists received copies of the Gold Sarcophagus, expect to part with around 1,400 USD if you want to add it to your collection. 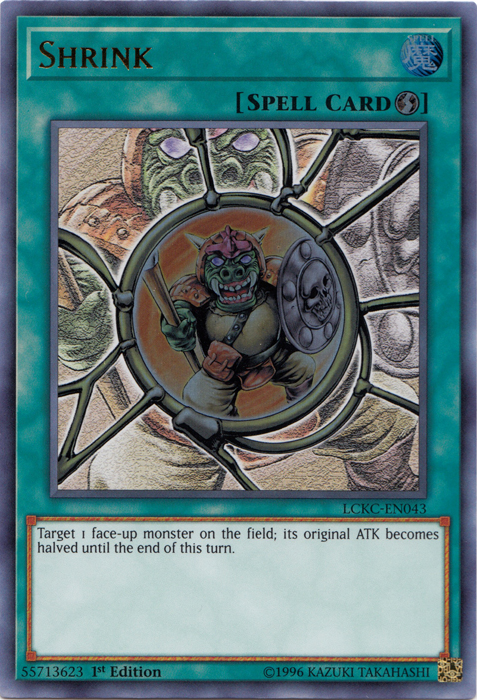 You can find hundreds of 99-cent listings of Shrink cards on eBay, so why is it on our list? Shrink was first released at the 2006 Shonen Jump Yu-Gi-Oh! Championships, making first editions of the card very valuable. If you can prove that your Shrink is one of these limited-edition prize cards, then expect around 2000 USD in exchange for your card. 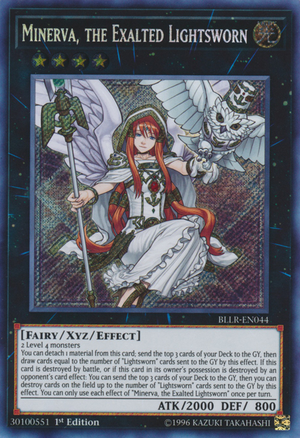 Minerva the Exalted Lightsworn is another tournament-exclusive card to grace our list and was given as a prize at the 2015 Yu-Gi-Oh! World Championships. The value of the card skyrocketed when it became the centerpiece of many elite Yu-Gi-Oh! players’ decks. Although the card was reprinted in 2015, an original Ultra Rare-version of Minerva can fetch up to 2300 USD on online auctions. 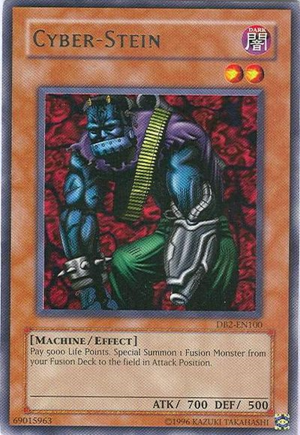 Cyber-Stein was the prize card for the very first Shonen Jump Championships held all the way back in 2004. Cyber-Stein has the power to steamroll your opponent while in play, which has only driven up the price of the championship-exclusive card. Cyber-Stein’s powers can be yours too if you find Cyber-Stein on the second-hand market – with the price tag of 3000 USD. 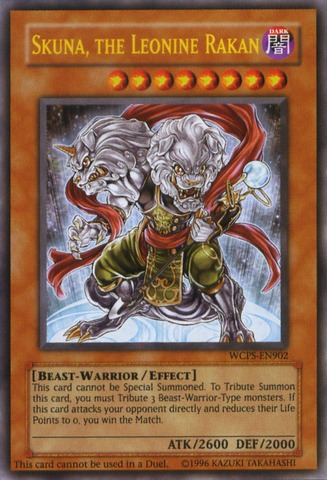 Not much is known about this card, apart from the fact that it was a prize at the Yu-Gi-Oh! World Championships in 2009. This is not surprising, as only six of copies of Skuna, the Leonine Rakan are thought to exist. The card has popped up on the second-hand market a couple of times over the years with the listed price being as high as 6000 USD. The mystery surrounding this card has likely added a premium to the price and we expect it only to get higher as time goes on.

#3 Armament of the Lethal Lords 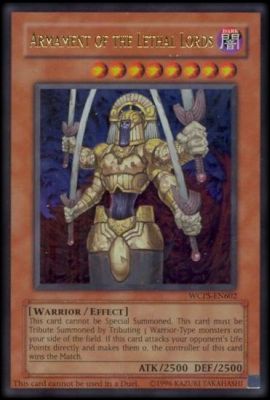 And we have another prize card on our list! Armament of the Lethal Lords was awarded to players who participated in the Yu-Gi-Oh! World Championships in 2006 and has been the stuff of legends since then. Some sellers tried their luck with listing the card for over one million USD, but we couldn’t find anyone who actually bought it for that price. A more accurate valuation of the card would be around 9000 USD, which is still enough to make your wallet groan! 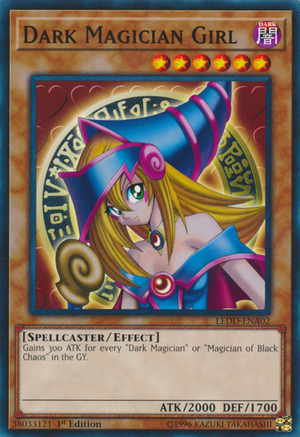 Alongside Yu-Gi-Oh! protagonist Yugi Muto, Dark Magician Girl has become somewhat of a mascot for the Yu-Gi-Oh! series. So it’s no wonder that the beloved character is on the number two spot on our list. One hundred Secret Rare-classed versions of this card were prizes in a Japan-exclusive lottery, making Dark Magician Girl one of the most elusive Yu-Gi-Oh! cards ever made. If you have spare 50,000 USD hanging around, then you too can be the proud owner of this ultra-rare version of the sorceress! 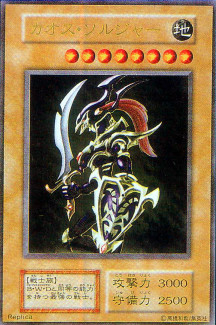 And the number one spot goes to this one-of-a-kind card, the Tournament Black Luster Soldier. The card is printed on stainless steel and was the prize of the first ever Yu-Gi-Oh! tournament back in 1999. The card appeared on a Japanese trading card auction site in 2013, with the seller asking for 998 million yen (approx. 9 million USD.) While the card cannot be used in play, we think that this valiant knight would be the crowning glory of any Yu-Gi-Oh! fanatic’s collection.

Add to your Yu-Gi-Oh! card collection with FROM JAPAN

Inspired by our list to add to your Yu-Gi-Oh! card collection? With the proxy shopping and auction service FROM JAPAN, you can get your hands on Yu-Gi-Oh cards otherwise unavailable to overseas would-be collectors. Sign up today and get ready to duel with FROM JAPAN!

Top 5 Theme Cafes in Tokyo & How You Can Get Exclusive Theme Cafe Items!