This article was updated with new information in March 2022 – enjoy!

Tamagotchi (たまごっち) is a series of Japanese virtual pets by the toy manufacturer Bandai. Originally released in 1996 in Japan and in 1997 throughout the rest of the world, the Tamagotchi soon became the fad toy of the time with over 82 million sold as of 2017.

Each Tamagotchi is housed in a small egg-shaped shell that come in a variety of colors and designs. The name “Tamagotchi” is a combination of the Japanese word “tamago” which means egg, and the English word “watch”. Just like a real pet, you need to keep your Tamagotchi happy and healthy by feeding it, playing with it, scolding it when it misbehaves and even clearing up its poop. Neglect your Tamagotchi and your precious pet will die.

Since the Tamagotchi was released in 1996, there have been countless reinventions and interpretations of the OG virtual pet but the original spirit of the product has remained unchanged for over 20 years inspiring nostalgia and joy in adults and children alike.

We at FROM JAPAN are also big fans of the egg-shaped virtual pet, so we’ve put together this article featuring some of the coolest collabs and most exclusive Tamagotchis out there. Enjoy! 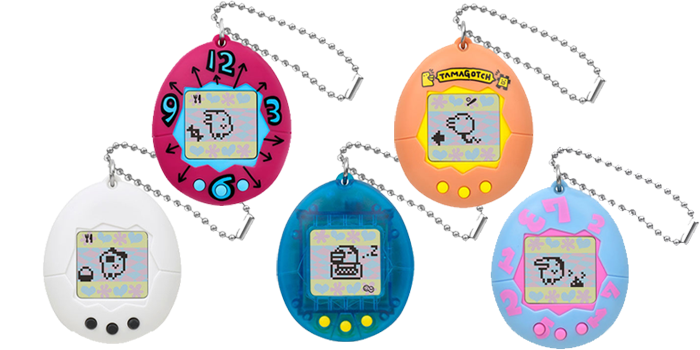 Due to popular demand, a second version of the virtual pet was released, with the two versions differentiated as Generation 1 and Generation 2 respectively. A nostalgia-fueled rerelease of the original 1996 Tamagotchi was announced in November 2017, where exact replicas of the toys were produced to celebrate the franchise’s 20th anniversary.

While Tamagotchi was a cultural phenomenon around the world, some lines of Tamagotchi never made it out of Japan. You can check out our favorite Japan-exclusive Tamagotchi below! 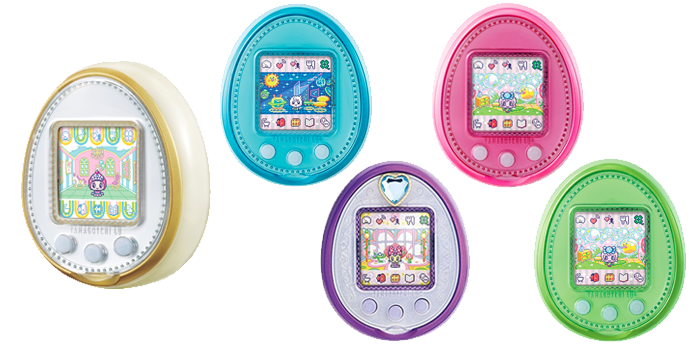 The Tamagotchi 4U and its updated version the Tamagotchi 4U+ are a Japan-exclusive line of the virtual pet that heavily implement an infrared “touching” feature, where players bump devices in order to receive special characters and items. The products in this series were also the first in the virtual pet franchise to allow players to customize the shells of Tamagotchi toys with officially licensed faceplates and charm straps featuring a variety of adorable designs. 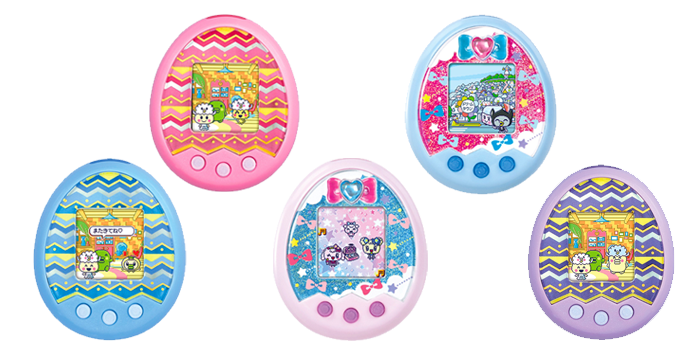 The Tamagotchi m!x (pronounced as “Tamagotchi mix”) is a range of Japan-exclusive Tamagotchi toys that introduced a brand new feature known as “m!x” to the virtual pet franchise. The m!x feature allows for the Tamagotchis to breed and their children to take on the physical characteristics of its parents, with certain traits disappearing and reappearing as the generations go on. 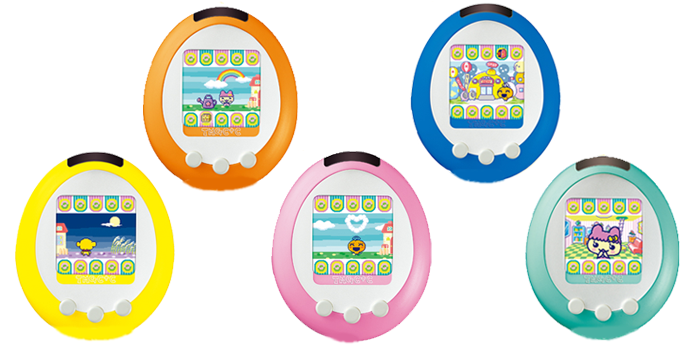 Search for Tamagotchi Plus Color 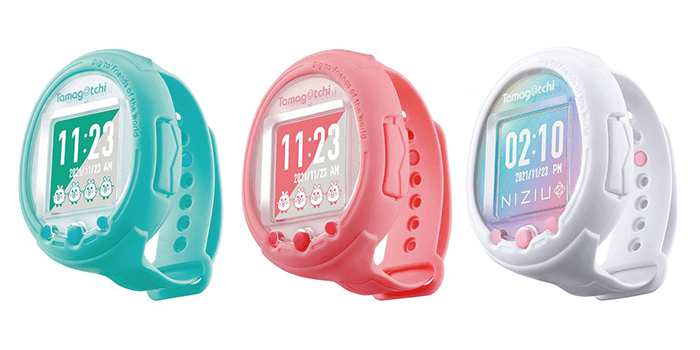 When the 25th anniversary of the first Tamagotchi was celebrated in 2021, it came with a brand new type of Tamagotchi we’ve never seen before: the Tamagotchi Smart. Similar to modern smartwatches, it is the first wearable Tamagotchi that comes with a touchscreen.

It can be used alongside something called TamaSma Cards, which are memory cards that can be plugged in to your Tamagotchi Smart to include additional content on to your device. And of course, it can’t be a smartwatch without being able to tell the time, and so the Tamagotchi Smart also gives you the option to switch to a clock face screen when not interacting with your Tamagotchi character.

The standard Tamagotchi Smart comes in two colors, Coralpink and Mintblue. A collaboration with idol group NiziU brought on a white version that was also released in 2021.

Tamagotchi have joined forces with a variety of big names over the years to bring out a variety of adorably charming Tamagotchis featuring beloved Japanese characters. Read on to see our favorite Tamagotchi collaborations! 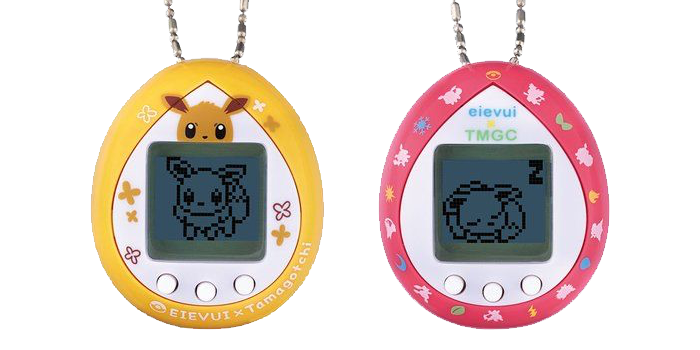 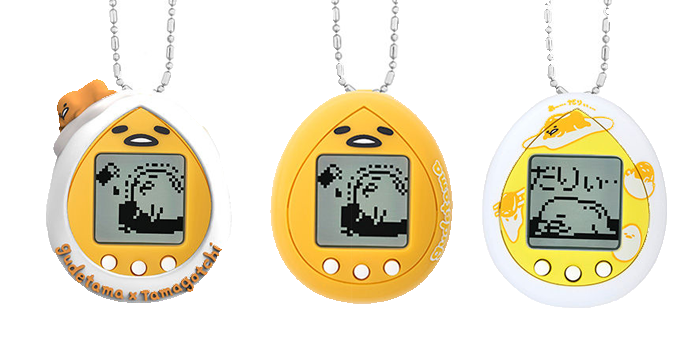 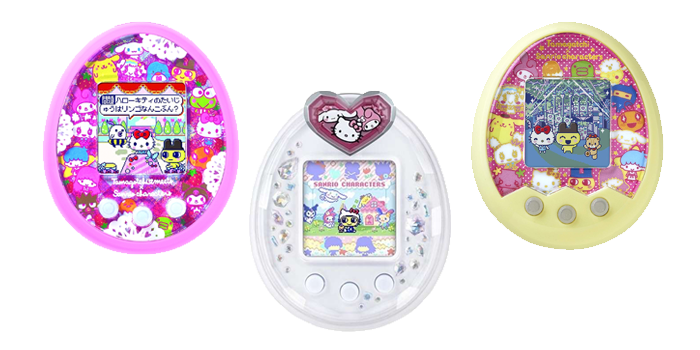 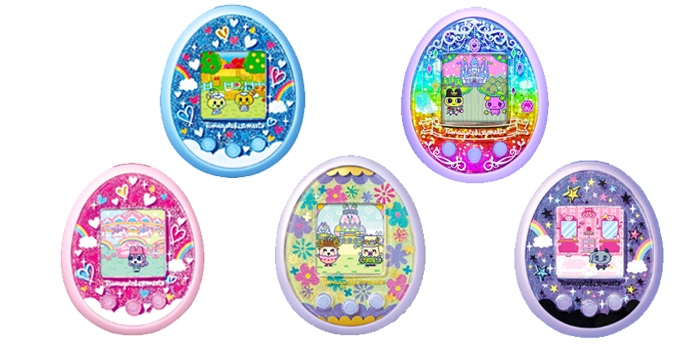 The Tamagotchi On (known as the Tamagotchi Meets in Japan) is the newest addition to the Tamagotchi franchise, featuring full-color Tamagotchi pets and a similar breeding function to its successor, the Tamagotchi m!x. Tamagotchi On models are compatible with a special app in which players can send their Tamagotchis to an interactive town where they can play games, collect Gotchi Points, and marry other characters they may meet there. 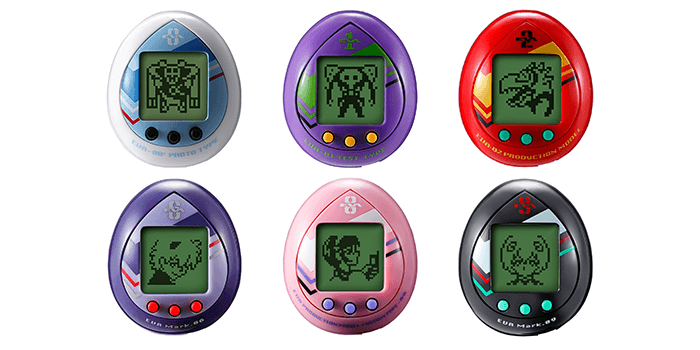 Six Evangelion Units have been recreated in the design of these Evangelion Tamagotchi (known as Evacchi for short). Identifying features such as the units’ colors and even the name of the Unit appear on the designs, making it feel like you have a mini Evangelion Unit in the palm of your hands. Players are assigned an Angel, which they can evolve into various forms depending on how well they take care of it. 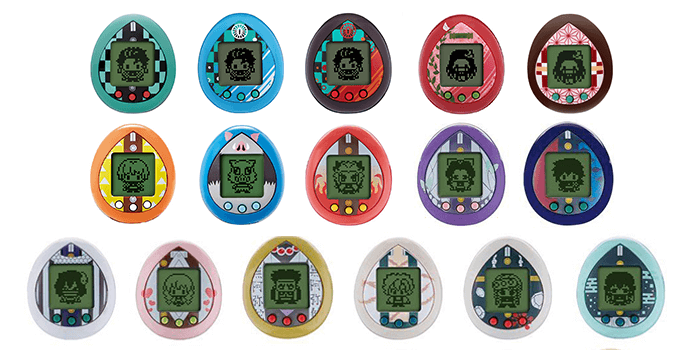 Last but not the least a collaboration between Tamagotchi and one of the most popular anime series to have come out of Japan in recent years: the worldwide phenomenon that is Demon Slayer. The Demon Slayer Tamagotchi series (known as Kimetsu Tamagotchi in Japan after the Japanese title) features a total of 16 different designs.

Protagonists Tanjiro Kamado and Nezuko Kamado are of course represented in designs inspired by their attire from the anime. In addition, three more designs (the middle three Tamagotchi in the first row of the image) are inspired by the brother and sister duo from the series’ Entertainment District Arc, and are set to be released on June 18, 2022 in Japan. The “Hashira Gathering Tamagotchi” version includes 8 redesigns of the Tamagotchi based on members of the elite Demon Slayer Corps.

How to buy rare and exclusive Tamagotchi with FROM JAPAN

Inspired by our article to start raising your very own virtual pet? Or maybe you are an avid Tamagotchi fan who wants to add to their collection? Many of the Tamagotchis mentioned in this article are only available in Japan, but that doesn’t mean you need to give up on your virtual pet dreams. But with the help of the proxy shopping and bidding service FROM JAPAN, you can easily find Tamagotchi items and have them delivered directly to your door! Be a good egg and shop Tamagotchi with FROM JAPAN!