AKB48, the Japanese pop group whose 18 latest singles shot to top position in the Oricon Weekly Single Charts, has been photographed as a group and individually since 2005. These photos are now ready and available to AKB48 fans and are some of the hottest collectors items. 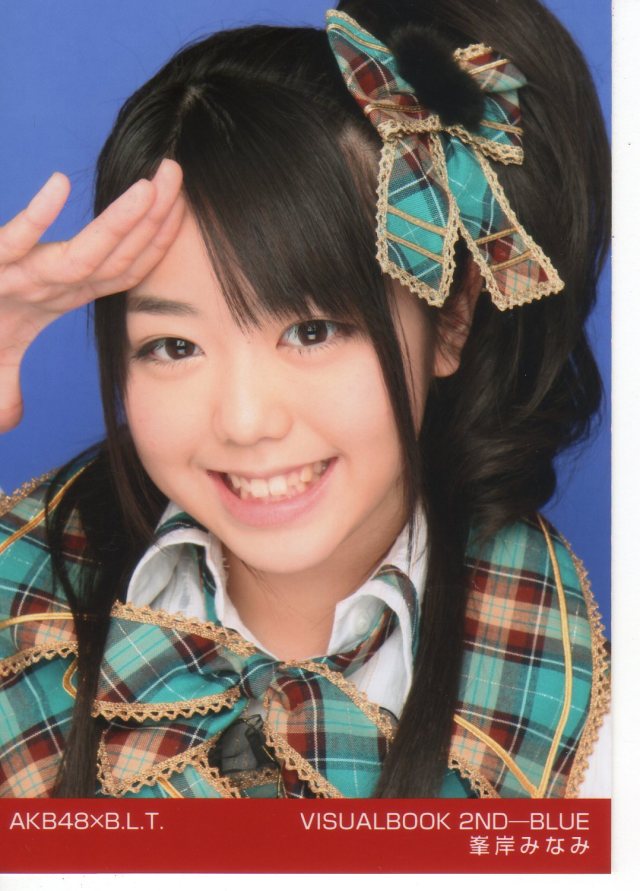 The photos are part of the extensive AKB48 merchandise which every fan should have to show their support for their favorite idol group. Complete your AKB48 nama shashin (生写真) collection now. It’s easy with our friendly guide which we have categorized into manageable sections so you can easily find your favorite AKB48 member and spot the photos you may have missed over the years.

You’ll also notice that we have included little snippets of valuable information on second hand photo markets which will be revealed in tranches.

While the quality is not very good and the photos command high prices, these are not-so-rare collectibles except for the theater photos and were published in the Beautiful Lady & Television TV Guide also known as the B.L.T. photos. Before 2011, all you needed to do in order to get them was to buy the TV guide. After 2011, production stopped and only the AKB48 sister groups continued releasing B.L.T. photos. One issue of the magazine contains one random photo and costs 500 Yen.

The quickest way to find out if the photo is from the B.L.T. batches is to look at the colored bars at the bottom of each photo. There you will notice a serial name, a product ID, and the name of the AKB48 member on the photo. 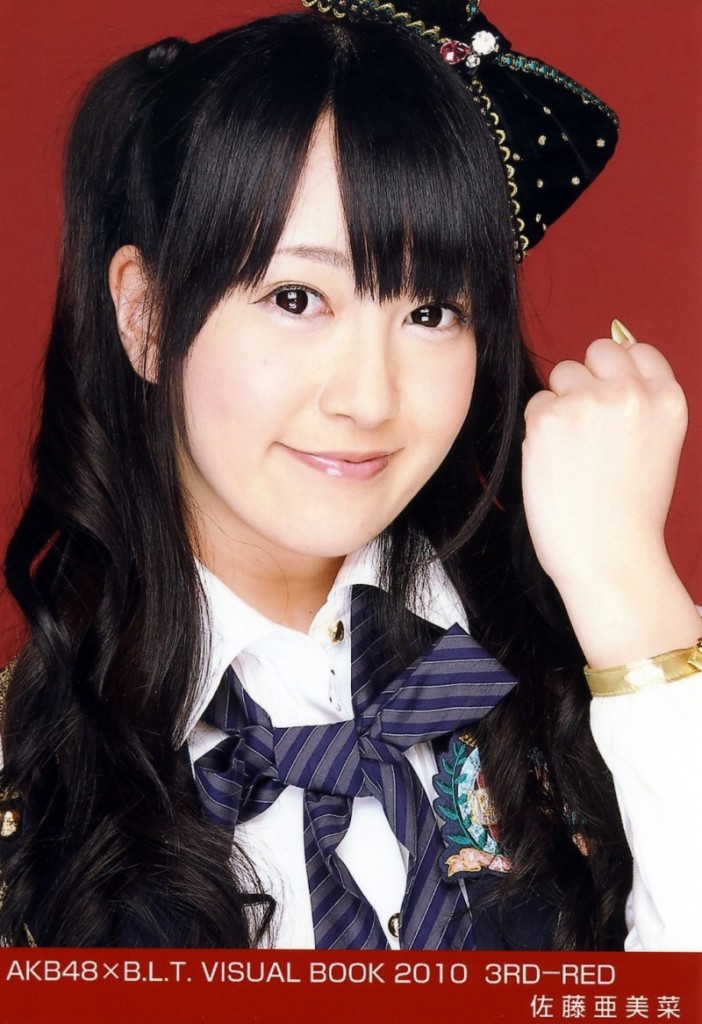 There is only one AKB48 B.L.T. collection for every month. Each collection features the outfits or theater costumes of the month so it’s easy to sort them on your own if you are familiar with their performance history. At the start, there was only a single photo for every member but because of the demand, it increased to 2 pictures per member. Each collection will consist of 144 photographs in sets of 3. The set is made up of extreme close-up, close-up, and medium body shot. As the group became more popular, the sets also grew and became sets of 9 pictures for every member. The sets of 9 are divided in 3 mini sets with different backgrounds but the same or similar poses.

The Timeline of the AKB48 B.L.T. Photos

It might interest you to know more about the history of AKB48 and B.L.T. The original deal was an exclusive photo of the members. It was a deal that benefitted both parties. AKB48 became more popular and eventually, B.L.T. was able to sell more magazines because of the increase in demand. 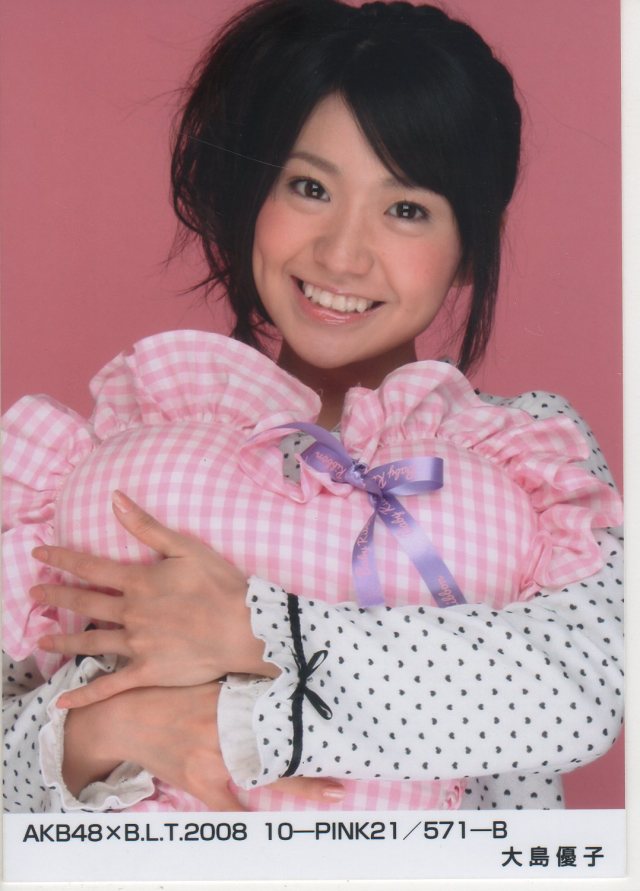 Since the photographs were taken by professionals, the quality was outstanding and very sellable. These photographs were better than any other except for the AKB48 PHOTORE series and were considered the top of the line in print for the all-girl group. Unfortunately, the agreement was never renewed which was sad because when the magazines were sold, some of the AKB48 members were around to sign or greet the buyers. It did create some amount of frenzy among fans with the long lines and the loads of littered trash found after the special sales were over. Most of the trash were the rest of the magazine because fans only wanted the photographs of the girls and didn’t care about the TV guide’s other content. In response to the issue of paper trash, B.L.T. launched their online ordering system.

The Rise and Missteps of B.L.T.

According to fans, the other content of the B.L.T. magazines were limited and the magazines looked more like brochures than TV guides. With the increasing demand, vendors began to enforce a limit of 5 magazines per person. Of course, as everyone will agree, fans found a way to buy more than 5 pieces of the same issue, many of whom turned around and sold them for a profit.

The year before B.L.T. stopped the production of the photographs, AKB48 photos were being re-sold for as much as 800 yen for theater shots, 300 for under shots and 2,000 yen for senbatsu girls shots! These prices resulted from the randomness of the photos included in the B.L.T. Magazines where it was very possible for one buyer to get the same shots if he or she bought more than one magazine of the same issue. The secondary market was killing the magazine because fans would rather buy a photograph they like than taking a chance on buying a random shot. In short, it was a gamble to buy the magazine when you could just buy from the secondary market and be assured of getting the photo of the member you like best.

The magazine owners did try to reverse the situation by publishing and selling special photographs autographed by the member on the photo. They printed 3 autographed pictures for each design and sold them at very high prices. The objective was to keep the company viable. The move was successful and led to digital versions of the autograph which came with a message printed on the photograph. The digital versions were not as popular as the first set of autographed photos though. 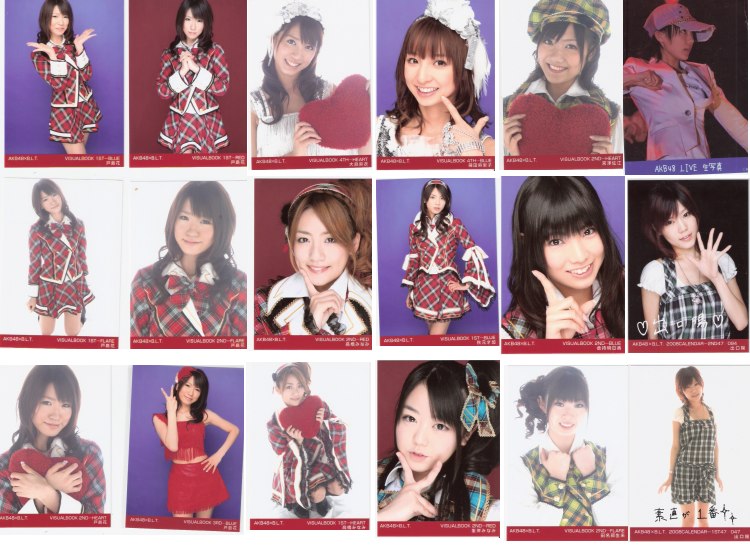 Since the company implemented the online ordering system, the photographs were also being shipped directly to the buyer but even online sales did not ensure that a fan could buy a complete set since the company would only print 30 to 50 pieces per photo.

SKE48, NMB38, HKT48 and Nogizaka46 are sister groups of AKB48. They all have their own loyal fans. Their B.L.T. pictures were sold in a similar way to that of AKB48 B.L.T. photos but on a monthly basis and at the same high price of 500 Yen for one magazine that included one photo. The only exception to this set-up was SKE48 whose B.L.T. issues were sold twice a month and had double the number of pictures of each member. However, the extra pictures were the same poses but with different backgrounds.

Clearly there is competition between the different sister groups and their fans which means some groups sell more pictures or some members sell more than other members in the same group. It will be interesting to follow the path that each group takes in future posts. Stay tuned!