Bearbrick (stylized as BE@RBRICK) is a series of bear-shaped designer toys by Medicom Toy Inc and are most often sold in “blind box” assortments. The design is a variant of another popular line by Medicom, the Kubrick. Each figure appears as an anthropomorphized bear with a pot belly. Bearbricks are articulated, with the head, waist, arms, wrists, and legs all able to swivel.

The first ever Bearbrick was released in 2001, as a gift to visitors of the World Character Convention 12 in Tokyo. Not long after their initial debut, Bearbricks became a must-have collectible not just in design toy circles, but also in the world of hip-hop. Celebrity collectors of Bearbrick include the likes of Pharrell Williams, DJ Khaled, and BAPE founder Nigo.

Due to the sheer amount of variety when it comes to these designer toys, the world of Bearbrick can seem quite daunting to the would-be collector. But fear not, as this blog post has you covered – read on to get the lowdown on the world’s favorite designer toy!

In 2021, Medicom are celebrating 20 years of Bearbrick by releasing tons of super-special Bearbrick figures! Some of the 20th anniversary Bearbrick models include Breaking Bad’s Walter White in 1000% size, Hokusai’s Great Wave Off Kanagawa in 100%, 400%, and 1000% sizes, BAPE 28th Anniversary CAMO design, and more! 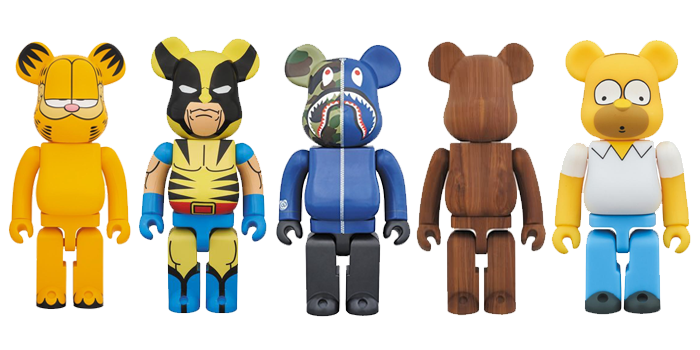 Medicom releases of 18 new Bearbrick per series – at the time of writing the latest is Series 42. Each Bearbrick drop is categorized under three different Bearbrick Types:

While there are some outliers from this model, most Bearbricks fall under the following themes, with the blind box stating the rarity of each theme.

100% Bearbricks are considered the standard size of the figures, standing at 7 centimeters tall. The other Bearbrick sizes are named relative to this size: 1000% being 70 centimeters, the 400% at 28 centimeters, 200% at 14.5 centimeters, 70% at 5 centimeters and the 50% coming in at a tiny 3.5 centimeters! The bigger sizes of Bearbricks tend to be sold as-is and not in the blind box format. 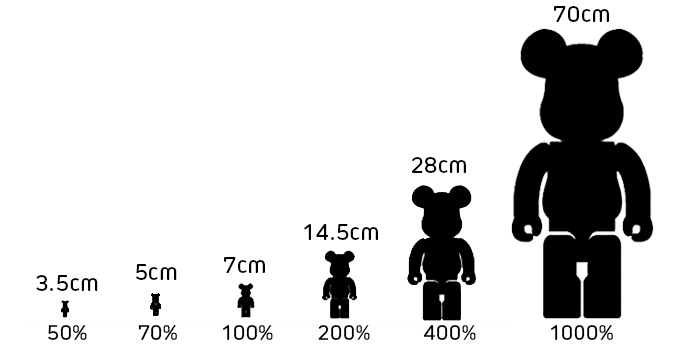 There are some Bearbricks that fall outside of the typical shapes and sizes of the toy, falling under the “other” size category. While each size of Bearbrick has its own unique charm, the 400% and 1000% sizes are the favorites amongst serious collectors.

There is always huge hype around each new Bearbrick drop, especially as Medicom is known for collaborating with some of the most famous faces in the art, music and fashion world. Some of the highest-profile collaborations have included Chanel, Vivienne Westwood, H. R. Giger, Casio, BTS, BAPE, and the Sex Pistols. Check out some of our favorite Bearbrick Collaborations below: 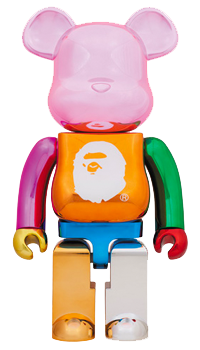 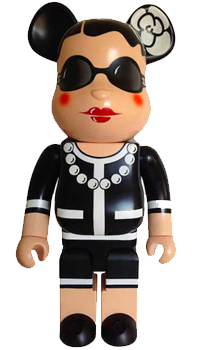 Luxury fashion brand Chanel teamed up with Medicom to create this suitably chic version of Chanel founder, Coco Chanel. Sold at a charity auction for $28,000, making her one of the most expensive Bearbricks ever. 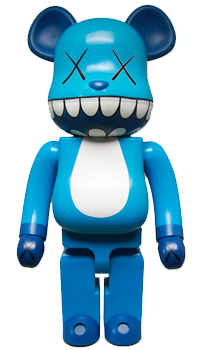 This Bearbrick named “Chompers” was designed by one of America’s most well-known graphic artists Brian Donnely, also known as KAWS. The Bearbrick was made in conjunction with the Japanese musical festival “a-nation”, selling at auction for $2,800. 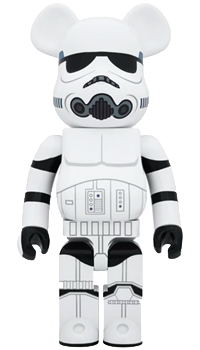 This rendition of Star Wars’ iconic Stormtrooper was released at the 2015 Medicom Toy Exhibition alongside other Bearbrick versions of Star Wars heavyweights including Darth Vader and Boba Fett.

How to buy Bearbrick

Unfortunately, Medicom’s online store does not take orders from outside Japan or ship overseas, making these already exclusive figures even more difficult to get your paws on. But that’s where FROM JAPAN comes in! FROM JAPAN’s proxy buying service allows you to buy directly from Bearbrick’s official Rakuten Store and have your Bearbrick shipped directly to your door. Start your Bearbrick collection now with FROM JAPAN! 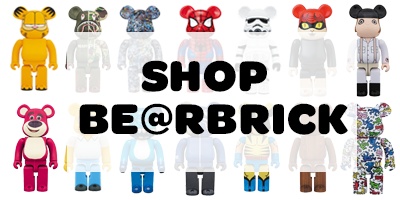 10 Cool and Crazy K-pop Light Sticks to Add to Your Collection!

How to Buy from Starbucks Japan